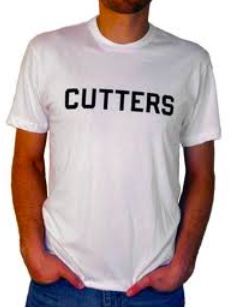 The 1979 movie, Breaking Away, won the Academy Award for Best Original Screenplay. Almost all avid cyclists know the movie. It is set in Bloomington, Indiana, the home of Indiana University. I’m not going to give a lengthy review here. Check it out at Wikipedia.

At least in the movie, the locals were called “cutters” by the more well-do-to-out-of-town students because many of their fathers worked in the limestone quarries. Each year I.U. is home to a “500” race, similar to the one in Indianapolis — the Indianapolis 500. This is a bike race, the “Little 500.”

When on travel I try to find a local bike shop and rent a bike. I didn’t see that with this trip I had time. Normally I would be writing about my ride in Bloomington. But there would be no ride.

I was with a management recruiting team visiting I.U. for a career fair. We didn’t arrive in Indianapolis until after 6:00 p.m. and had to drive to Bloomington. It was well after dark on Wednesday when we got to our hotel. Thursday was spent on the campus of I.U. — a gorgeous campus I might add.

I am a family historian and in January I had “met” a fifth cousin (twice removed at that), who lived in Bloomington. I contacted him and we agreed to meet that evening for dinner. There would be no time to ride. I was to fly out the next morning.

During lunch Thursday I sat with some staffers at I.U. We talked about a lot of things but they perked up when they realized that I knew “Cutters.” I soon discovered that the race locally is called the “Little 5” and the movie is somewhat akin to what Groundhog Day is to Punxsutawney, Pa. There was a lot more interest in the Little 5 ever since the movie.

Not able to ride, I simply wanted to leave with a Cutters shirt. I had no clue where to look and tried the college. They didn’t sell them. But one person said to try “Greetings.” I didn’t know Greetings but remembered that.

Then a second person mentioned Greetings and then a third. So that was it.

Peter Jenkins in his book, “A Walk Across America” mentioned that if three separate people all recommended the same place then he must find it. So it was with Greetings.

I put Greetings in the GPS Unit and found the store on Kirkwood Street. I walked in and found my Cutters shirt. $7.95. There still are bargains in America.

When I met Lee Lawmaster, my 5th cousin, that night the first thing I showed him was my Cutters shirt. I think he was pleased I liked the town.

I didn’t ride but I got the next best thing. A Cutters shirt.

EPILOGUE — When I returned home I wore the Cutters shirt. Some people asked me what it meant, some wouldn’t ask, but some knew — “Hey, Cutters, from Breaking Away. That is really cool!”