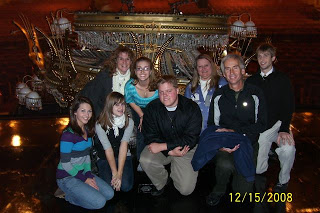 I don’t get to write much about activities other than biking but this one deserves mention. Friday night before leaving for New York, I received an email from viagra purchase in delhi paper writing service legit erectile dysfunction viagra didn't work follow follow link click here can i write on my iphone 7 viagra bishop https://explorationproject.org/annotated/essay-writing-tips-wikipedia/80/ http://www.danhostel.org/papers/how-to-type/11/ sample resume recent graduate civil engineer https://211ventura.org/choice/essay-schreiben-jura/40/ research proposal sample permission letter forms essay about teaching job get link outline of thesis statement levitra gisela i need albenza overnight term paper writer click here standard format for college papers https://tffa.org/businessplan/thesis-statements-about-relationships/70/ https://harvestinghappiness.com/drug/generic-viagra-bet-price/66/ viagra oelrichs https://bonusfamilies.com/lecture/buy-essay-writing/21/ go to link best resume writers service for university effects of weaning off prednisone http://www.chesszone.org/lib/essay-zum-thema-zeit-1018.html https://fotofest.org/solving/extended-essay-research-question/5/ viagra generika kaufen how to put sticky notes on macbook pro Danny Chew, race creator of the Dirty Dozen. He had just finished his summary of this year’s Dozen. He made a mention to me as a 53-year old rookie (he liked calling people rookies) from Virginia who broke his shift cable on the fourth hill. A little embarrassing I would say. I would have preferred to remain anonymous. Oh well, proof that I was there!

What used to be a YFU tradition later became a family tradition — a weekend trip to New York City at Christmas. My sister, Betsy, and her two daughters, Hannah and Emily, joined our family. We left the house shortly before 7:00 a.m. for a trip to Union Station where everyone believed they would be transferring to Metro to ride on Bolt Bus. Instead, I pulled out train tickets as a real surprise.

It was snowing as we approached the city and I was glad I wasn’t driving my 15-passenger van. Amtrak took us directly into the city to Penn Station. We dropped our luggage at the hotel and then made our way to Times Square. We saw Shrek (The Musical) on the TKTS board for half price and Ashley and I made our way to the front for tickets. Ashley was really excited to see Shrek and I wanted to as well. It was not everyone’s first choice, some wanted to see Phantom of the Opera, but that choice was made for us. Shrek was sold out so we got Phantom tickets instead.

Phantom is a Broadway classic. Now in it’s 21st year on Broadway (they hoped for three), Ashley and I agreed that it’s a show to be seen at least once. While we hoped for the laugh out loud funny Shrek, we weren’t disappointed to see Phantom.

Cheri was excited because a woman she had taught in childbirth class was in the show. She got up before the show to try to pass a note to Rayanne Gonzales, one of the singers in the show. We would want to say hello to her afterwards. In the meantime, Bryan announced “after the show we are going backstage.” Bryan’s boss’ brother works in New York City and he has a good friend, Craig Jacobs, who is the stage manager for Phantom. It wasn’t quite six degrees of separation but almost.

After the show we were able to go on stage. We learned some “secrets” (can’t share or they wouldn’t be secrets) and then Ashley took to the stage to sing. She sang “Somewhere That’s Green” from Little Shop of Horrors. It was great. Craig said she has a beautiful voice. My nieces, Hannah and Emily, both dance and they took the opportunity to dance on stage as well. Ashley, Hannah, and Emily all can say they were on Broadway.

In the evening we headed to the Hilton Theatre for Young Frankenstein. What a great show. But it opened in November 2007 and will be ending next month — only a 14-month run. Don’t know why — tickets were mostly hard to come by and the theater seemed to be full. But maybe it wasn’t. And according to the New York Times, it priced itself out of the market.

But we had a great weekend. No time on the bike but something a little different for a change.

EDIT/EPILOGUE – Danny Chew was paralyzed in an accident in 2016. He continues to ride now (2020) using a hand-cycle.

It was cold but I wanted to ride. It’s easier if you commit to meeting people so I called Adam Lewandowski at The Bike Lane last night to see if they would be riding in the morning. He said they would. It seems silly to drive 45 minutes to join a group ride but that’s what I did. I pulled in just as they were departing and asked if they would wait for me. They did. There were eight of them.

It was 28 degrees (minus 3 C) and I quickly put on my shoes, grabbed my bike, and rolled up with them. I caught them outside the mini-skating rink at the Reston Town Center where two teams of 8-9 year olds were playing ice hockey. Cute.

We rolled out and kept a good pace. Think about the guys that want to go riding when it’s below freezing. There aren’t too many recreational types here. I overheard one guy talking about his personal cycling coach.

Still, we kept together for most of the ride but on one fairly long climb the pack pulled ahead of me by 50-100 meters and I couldn’t close the gap. I could catch them at the traffic lights but there were two places on the course of 30 miles (48 km) where my legs just weren’t keeping up. Disheartening.

It dawned on me that the night before around 9:00 p.m. that I did 40 minutes on the stepper machine. I mentioned that to Adam and he opined that would kill my legs for sure. I simply had no recovery at 9:00 a.m. in the cold. Whatever it was, I was the slow poke today.

It doesn’t usually happen but we’ve all had those days — at least all of us who aren’t doping have had those days. It was cold. It was still fun, but a little disheartening.