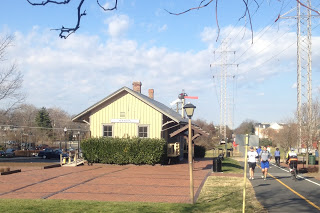 It probably means nothing. Two years ago when I was recovering from cancer I did two rides in January – both slow Potomac Pedalers rides just to see if I could ride. The first was January 18, the second was January 24. Total miles for January was 47. February, because of the weather, was worse. Just one ride for 23 miles. Two months and just 70 miles. Yet I ended up with more than 5,000 miles.

This is a fast start. It  probably means nothing.

I was sick on New Year’s Eve in Pennsylvania. Yet I focused in on finishing 2011 with 3,700 miles. Why? I don’t know. But I rode. It was 36 degrees and just a cold damp day. No sun. And a brief light rain. My moment of truth came at Mile 10 when I could have ridden three miles more back to Camp Harmony but instead chose to ride 10 more miles around the Quemahoning Reservoir.

Almost immediately after I showered, I crashed. It was 4:00 p.m. and I heard my dad say “that ride really wiped him out.” Well, it didn’t so much as I was sick. Fever. Headache. Aches. Runny nose.

I went to bed New Year’s Eve by 7:00 and slept more than 12 hours. New Year’s Day started beautifully near Somerset. I still felt like crap but reasoned incorrectly that riding makes everything better. Usually it does.

But everyone rides on New Years Day. No matter what. So I rode.

I felt OK while I rode, it was 32 degrees, but even worse when I finished. I was off on January 2 and missed work on January 3 being sick.

Still not recovered, I thought more than once about not riding today knowing the pace may be too fast. But I rode and it was. It was a large group which quickly splintered due to the fast pace up front. We formed a group at the rear and eventually most people played nice.

When we got back to the W&OD I turned and headed to Ashburn. I stopped at Dominion Trail Elementary, where Bethany teaches then missed the W&OD which is right beside the school. I rode up to Rte 7 then had to retrace to find the W&OD.

A little windy, I was pretty wiped by the time I returned to The Bike Lane, 50 miles later. I’m still not 100%.

But if it was 68 it showed that I am still sick. I was cold the entire time despite wearing a jacket.

But miles are measured in thousands, not tens, and to be 50 or 60 ahead of last year or 2010 is nothing. The key will be to sustain the pace which is hard in January and February because of weather and a busy schedule of teaching referee courses. After all, 100 miles is simply one ride in July.