For the second straight year, a year of great riding was marred by the passing of a friend. I reached 5,000 miles in October but slowed towards the end due to tendonitis or a torn meniscus or both. But then found the will to suffer through a cold December to reach 6,000 miles.

In order of chronology, here are my top ten rides:

(1) Riding in Pennsylvania – Abandoned Turnpike and Ligonier – Riding with the college kids has been fun the past three years and this year’s adventure through the tunnels at Breezewood and on to Ligonier would be no exception. On both days I rode in small groups with Jamie Roberts who would die on the road in Kentucky 10 days later. 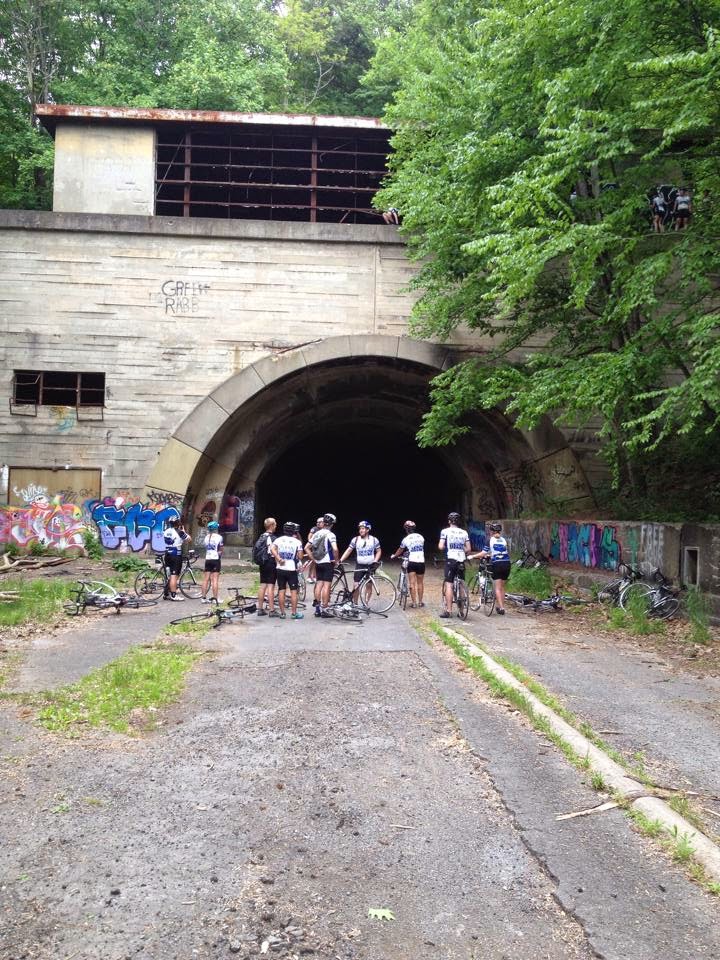 (2) Ride the Rockies (Multiple Entries) – My second time and it is a blast riding in the Rocky Mountains in Colorado. I missed the first day due to a wedding then extended by a day to ride over Berthoud Pass to Winter Green, Colorado, with Bradley Allen. But it was a somber ride as we had just received the news of Jamie’s death. 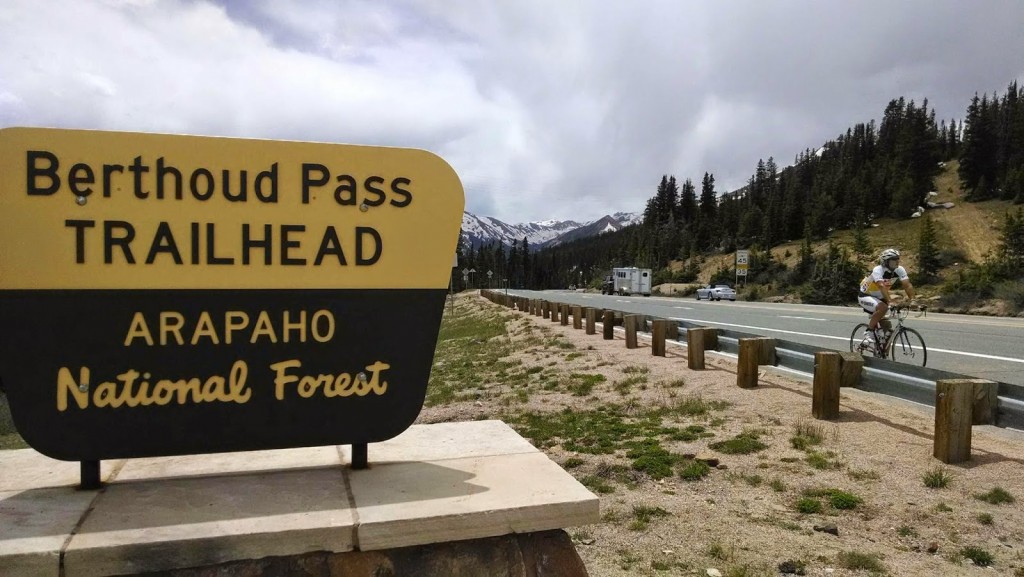 (3) Stelvio Pass – I went to Italy with Trek Travel to ride in the Dolomites. I did not know much about these Italian climbs and I loved them all, none more than the 48 switchbacks one must navigate to climb over Stelvio Pass. 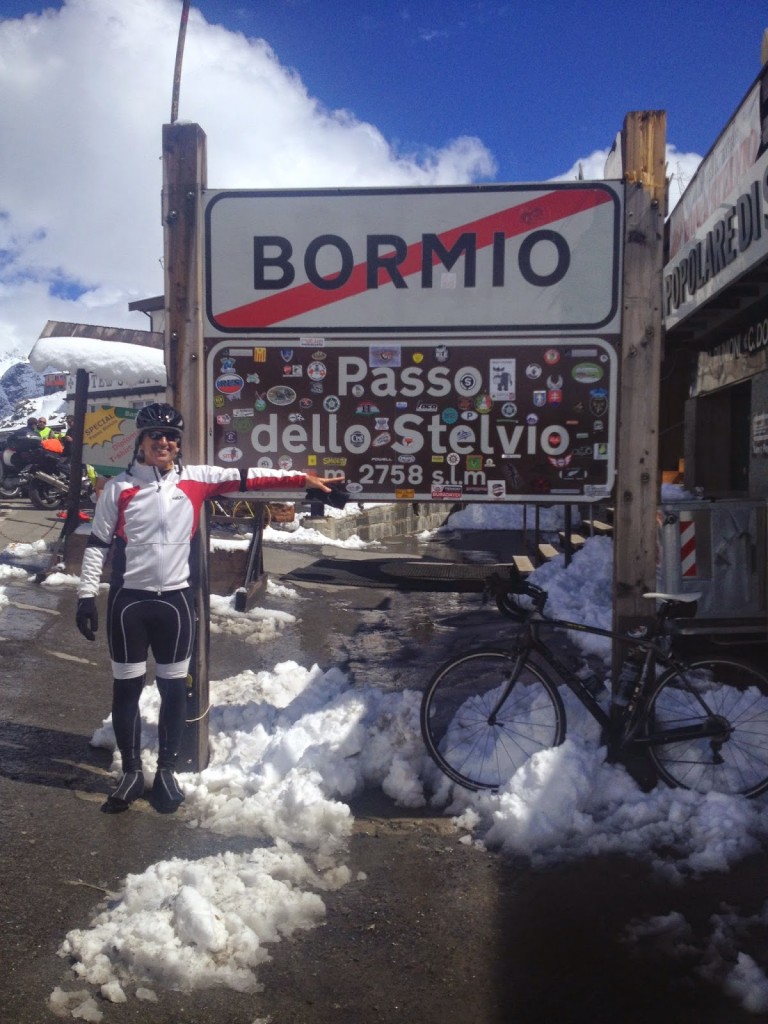 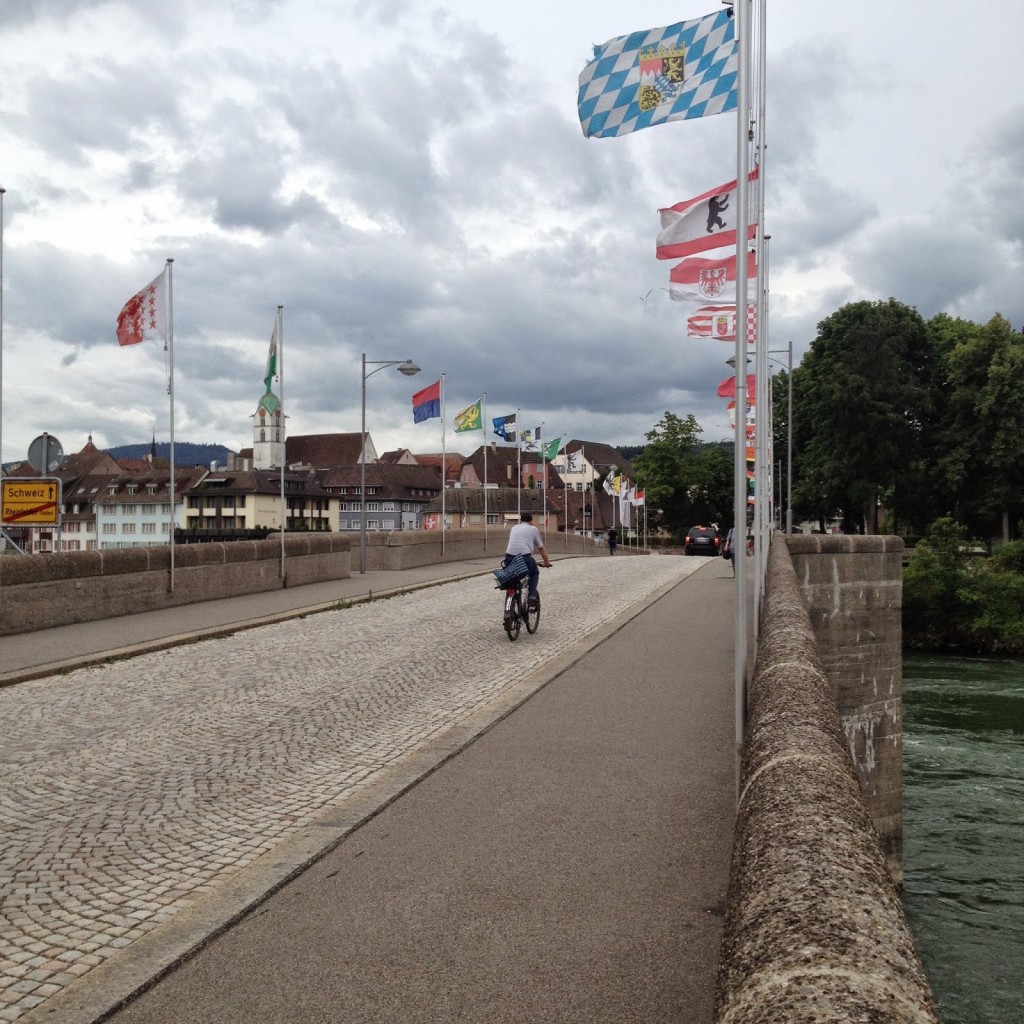 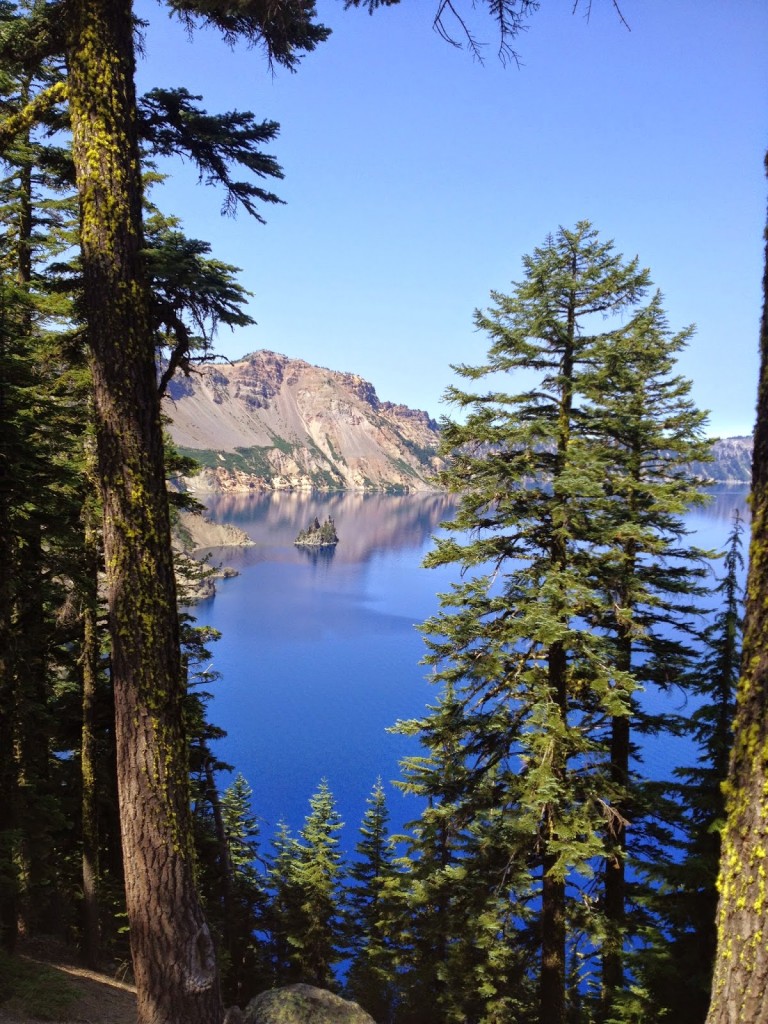 (6) Home Sweet Home – I’m about as native Pennsylvanian as one can be except that my grandmother was born in Oregon in 1907 (and then moved back to Pa.). She never returned but I did, doing a 50 mile ride in and around Sweet Home, Oregon. 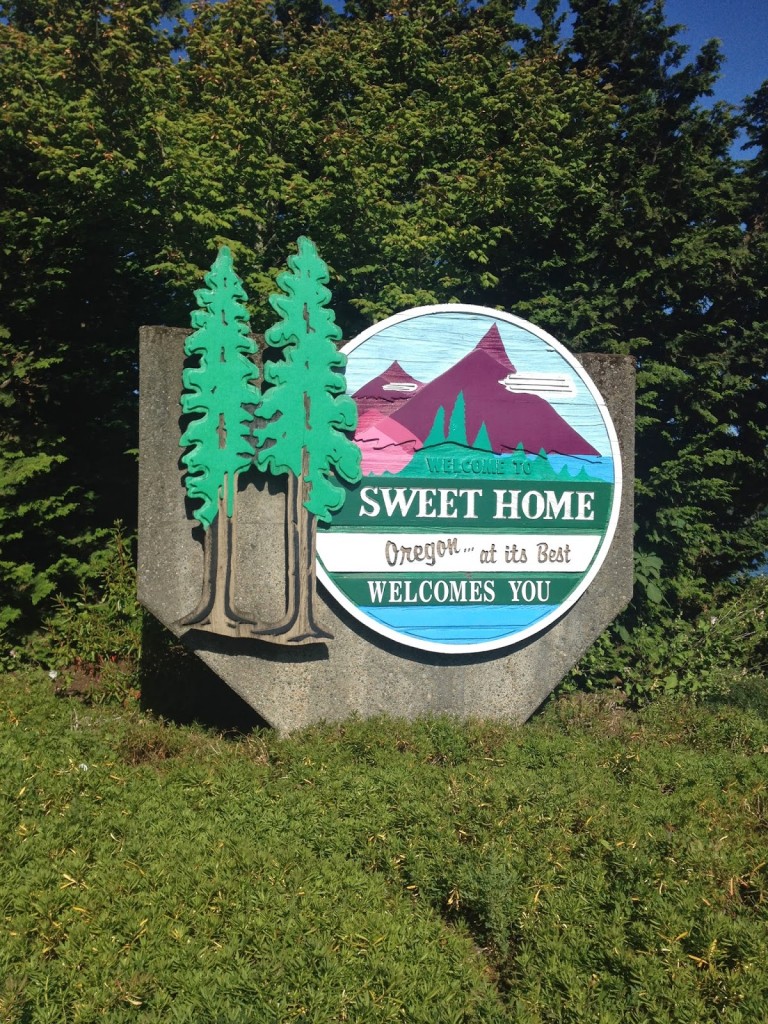 (7) Washington – I promised Chey Hillsgrove that if he biked across the country again I would meet him at the finish. On their next-to-last day, I met him in Port Townsend, Washington, and rode 45 miles with him as part of a 70-mile day. And I went over 24,906 miles cancer-free (should that be a separate entry?).

(8) Mt Washington Auto Road Bicycle Hillclimb – My seventh straight year up the mountain, I came that close to not going. But I was encouraged by my daughter, Ashley. I didn’t push myself, we had the worst weather in seven years, but I can’t say that I really suffered. All that riding in Colorado and Italy must have been good for something. And we saw a moose. Or two. 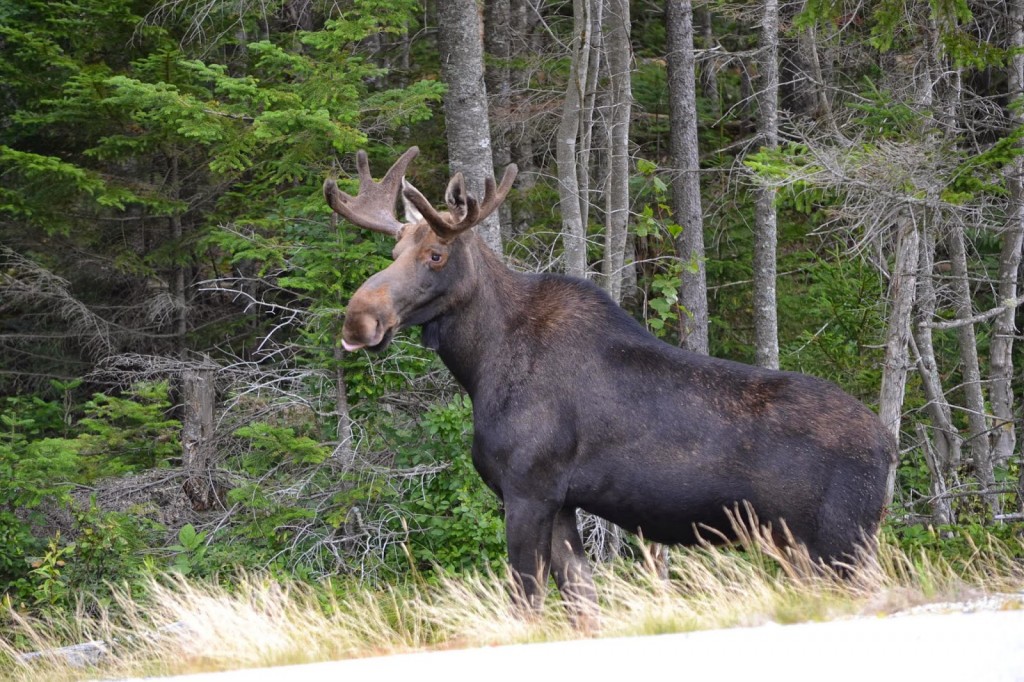 (9) Livestrong Challenge – Great weather and great company, I didn’t ride 100 miles but it wasn’t about the miles. It was about riding for Jake The Hero Grecco and Alex Shepherd. 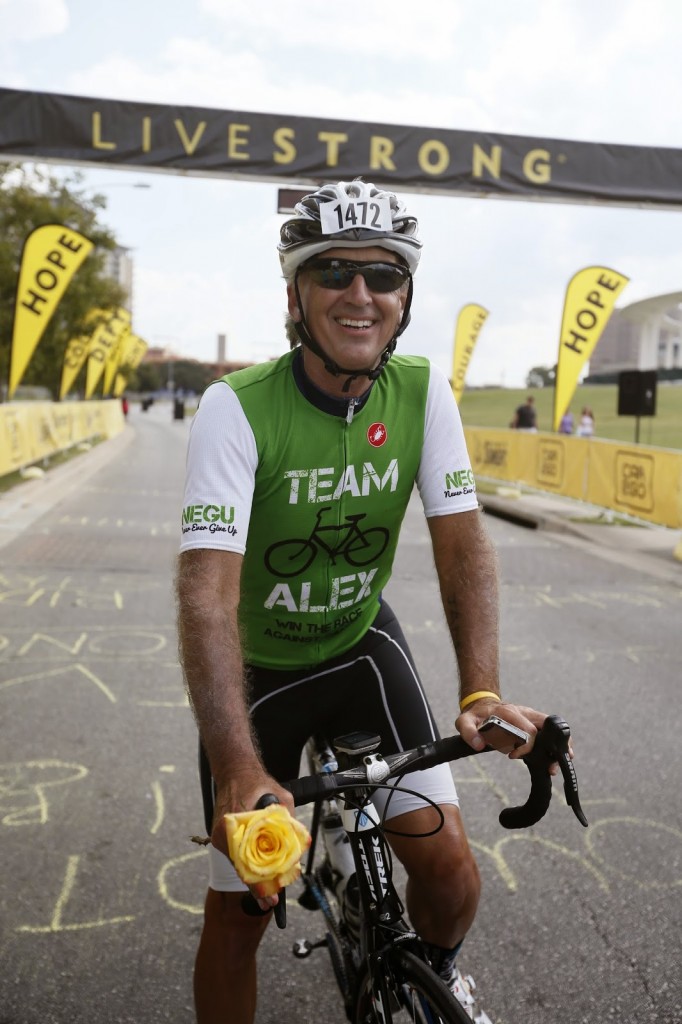 (10) Ride of Silence
– I learned on June 14 that Jamie Roberts was killed and as I rode with
Bradley Allen up Berthoud Pass in Colorado I thought about organizing a
Ride of Silence for Jamie. That came to fruition on October 26, two
days after Jamie’s 25th birthday. 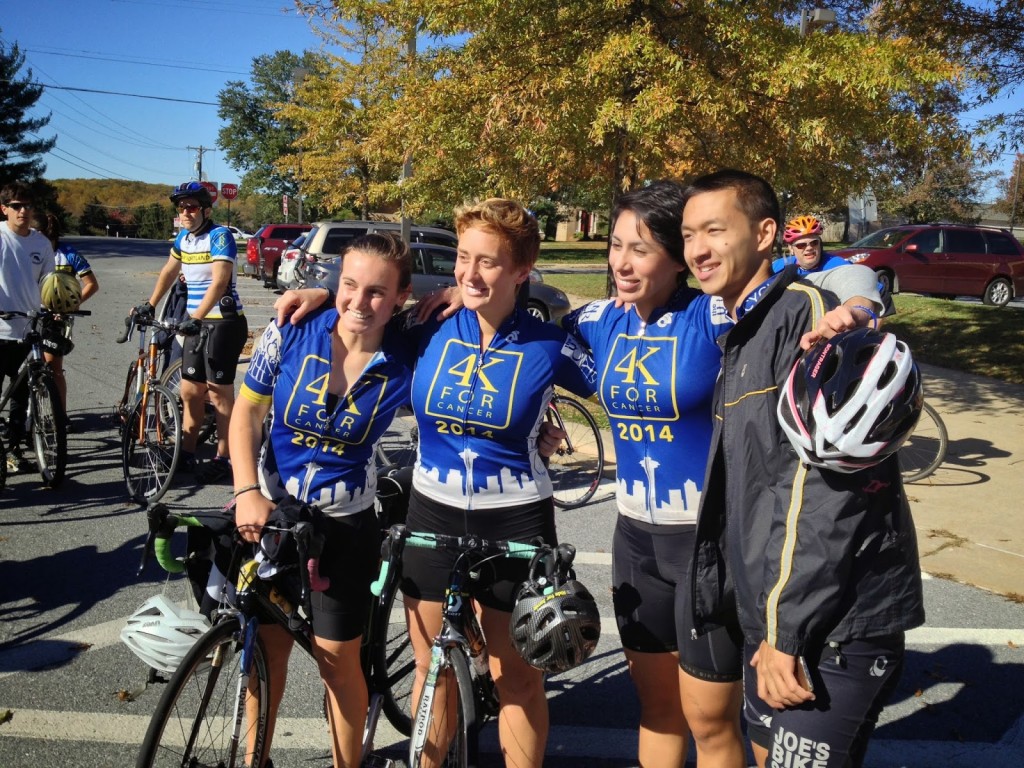 I am thankful for every ride, for every day of health. I don’t know what 2015 holds outside trying to organize a ride for to raise money for children’s cancer research. This I do know: the rides that become my “Top Ten” are rarely expected, rather something happens on the ride that makes them so memorable. 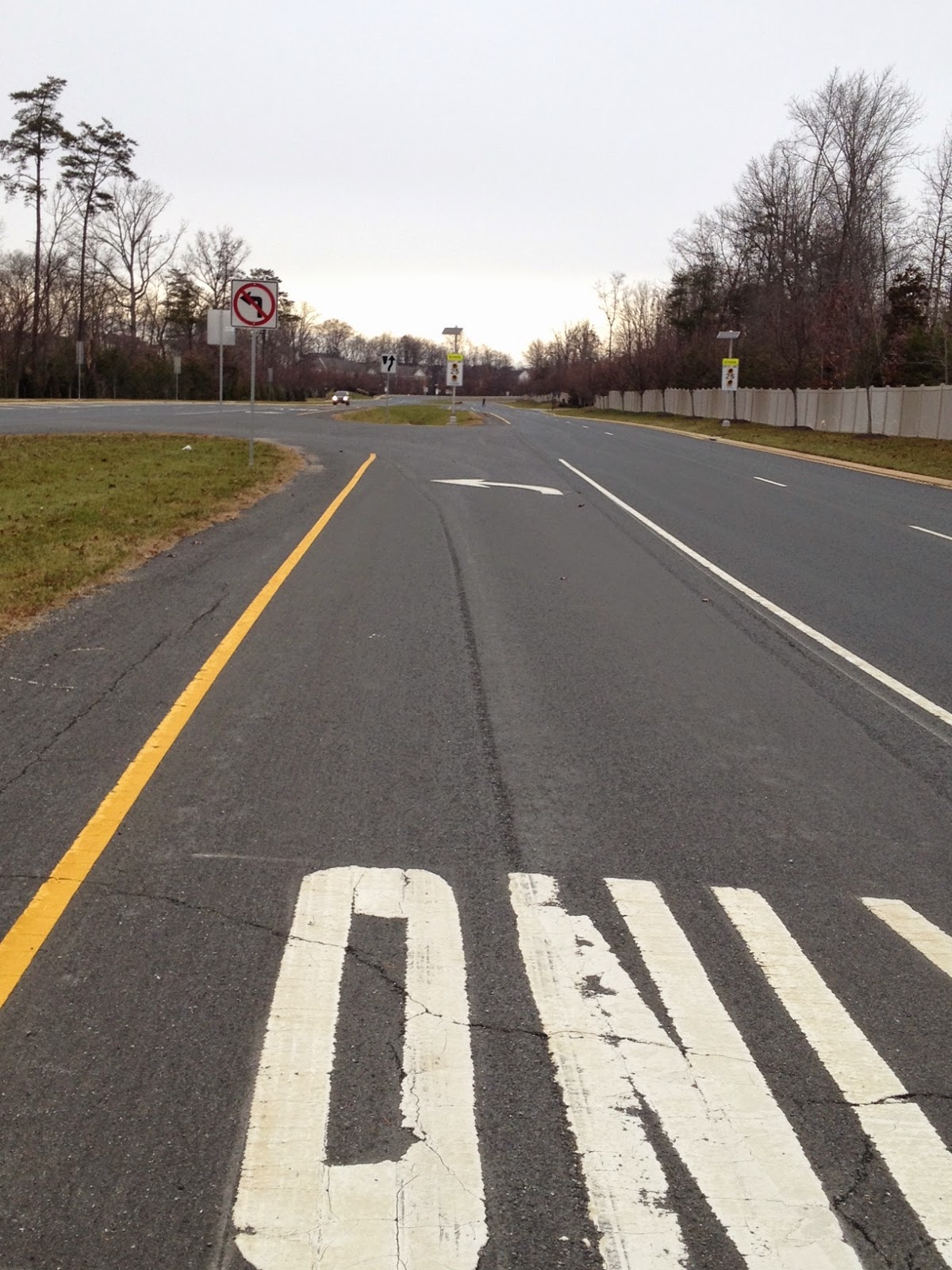 There’s not a Top Ten ride in here. There’s no great performance rides in here although the day after Christmas I had a personal best in D.C. And I had one on the W&OD near Leesburg. But riding this month wasn’t about performance.

December should be a slow month. It is a cold month and this month was cold.

On June 2 I rode with Jamie Roberts near Bedford, Pa. We were talking about many things. She asked me how far I normally ride (year). I told her I like to get around 6,000 miles. But I was off to a slow start (then on pace for less than 3,500 miles). I expressed my doubt. She said “I think you can do it.”

I didn’t promise Jamie I would get to 6,000 miles. I sort of shrugged and we talked about eating at Panera in Altoona.

Going into December I was far off pace when I remembered that conversation. So I rode. And rode.

In one stretch of 11 days I covered 400 miles. I fought the winds but mostly the cold. December miles are tough miles. But I covered more in December than in January, February, March, April or November. I rode the same distance (592 miles) that I rode in May.

The day after Christmas, inspired by our conversation of six months ago, I reached that “goal” that I never really set out to achieve.

It took a lot to ride long miles in December. An hour in the cold is OK. But two to three (or longer) and it’s just cold. Fingers freeze. You think about being cold.

Many people ask me how far do I normally ride. I never know what to say. My average ride this year was 27 miles. In other years I think I was around 26 miles. But I don’t ride every day.

In December my average ride was 33 miles. That’s two hours, without stops, being outside in the cold. But I stopped. I took a lot of photos. By contrast, my average November ride was 21 miles. June was my best month, 39 miles per ride, but that was bolstered by six days of Ride the Rockies in which the average daily ride was 71 miles.

Many of my descriptions of my December rides include the word “cold.” Yet I kept riding. I am sure it was my “best” December ever and if November through February constitute cold-weather months, it was my best cold weather month ever.

Almost 600 miles. Had I known today I was only eight miles short of 600 for the month I would have … parked the bike anyhow. I was freezing.

My “6000” mile day was memorable in that I rode to Catholic University to honor Jamie. And my Pennsylvania ride on December 27 was pretty good. I forgot leg warmers and rode in the cold Pennsylvania air – planning to ride 10 but rode 27 miles – just an average ride in 2014.