My Top Ten* Cycling Moments of the Year

My third straight year going to Colorado to ride these big mountains. I don’t know why but my favorite climb was the 14 mile dirt road up and over 12,000′ Cottonwood Pass. The legs felt great that day. Best day of the year, in fact. I rode 105 but could have easily ridden 50 more. 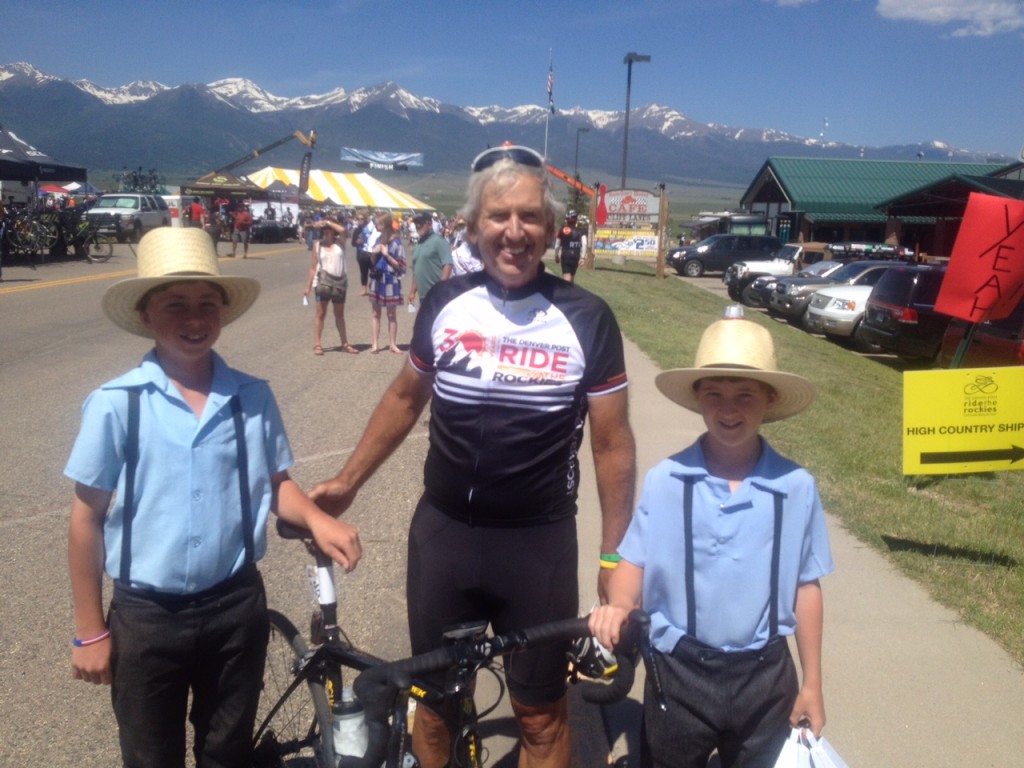 After Ride the Rockies I went up to Estes Park thinking I would run into the Texas 4000, then giving up, then meeting and riding with them. 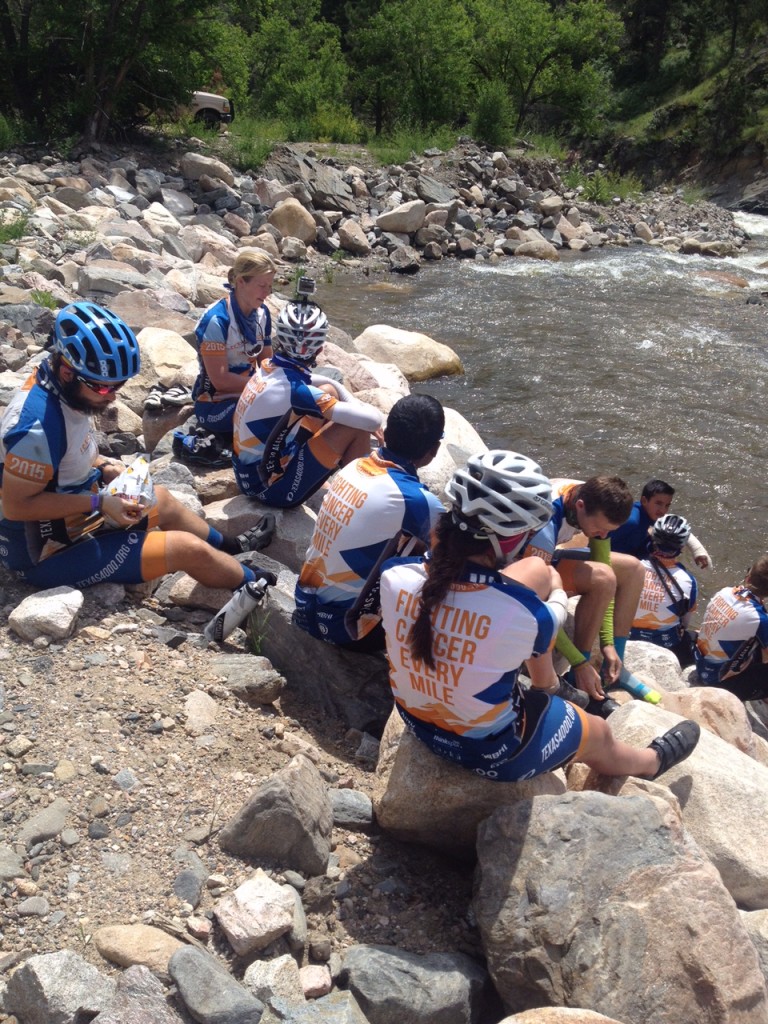 3. Chey and Chelsea in Altoona

It wasn’t the full Jacob’s Hero Ride that I had hoped but was very glad to have Chey Hillsgrove and Chelsea Johnson join me for two days of riding in Bedford and Blair counties. 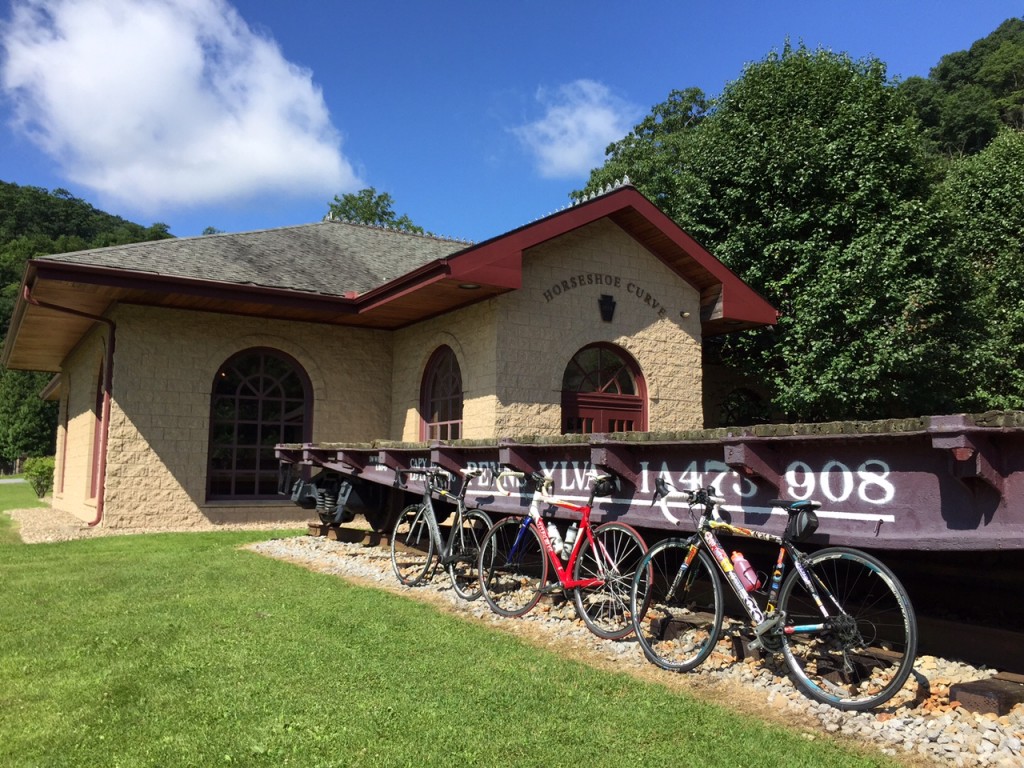 A fun week at a beach house in South Bethany, Delaware, began each morning with a 30-40 mile ride. Delicious!

On my way to Indiana I stopped to ride through Piqua and Lockington, Ohio, two places I lived when I was 9-12 years old. 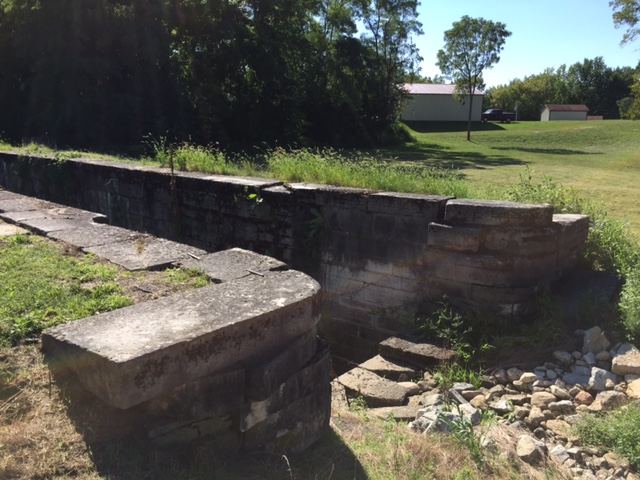 Surprised friends Ken and Cindi Hart by showing up to their Spokes of Hope ride near Indianapolis.

The community of cancer survivors combined with riding on the velodrome in Trexlertown. Bonus ride to Tipton on Saturday. 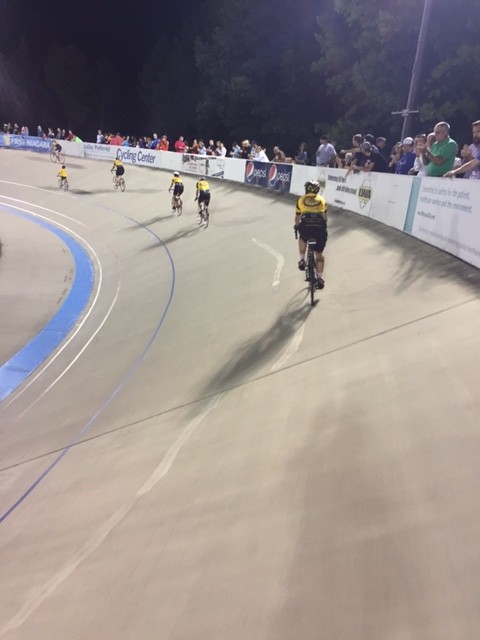 On the W&OD Trail I saw a man and daughter on a recumbent pulled over so I stopped and asked “Where did you start and where are you going?” I was surprised to learn they started in Vancouver and were cycling to Key West. Thomas and Sylvaine Houdy, from Lyon, France, and their children, Theo and Elsa, took 11 months off for a trip of a lifetime.

Imagine the surprise on young Amish couple, Keith and Julie Zimmerman, riding their bicycles to church when I slowed down and told her that I was related to her. When she told me her last name was Wenger I knew were were related and tried to explain it to her. I don’t think she believed me. 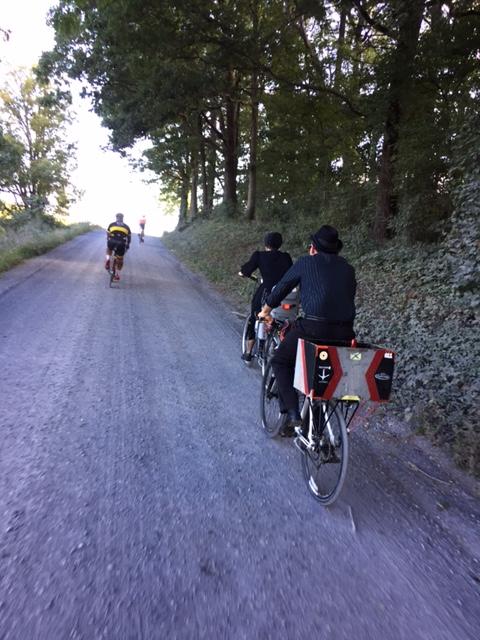 Brought in Alex Shepherd’s father, Dan, and he and I had a couple days riding before the event then 100 miles fighting cancer. 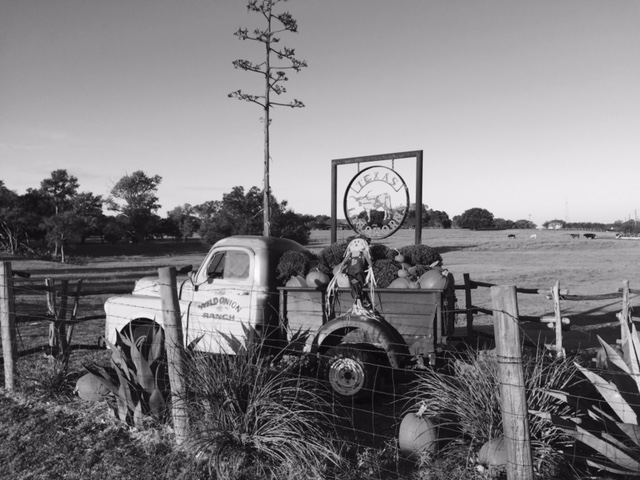 A beautiful Fall day I was able to meet my dad and my sister. At 86 the thought is always there it may be his last ride on a bike.

A quasi-private ride with the governor of Delaware, Jack Markell. Of course I wore a Texas jersey to a Delaware ride. 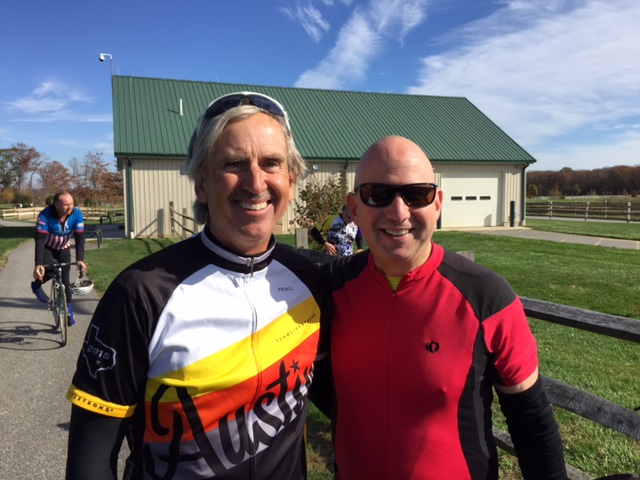 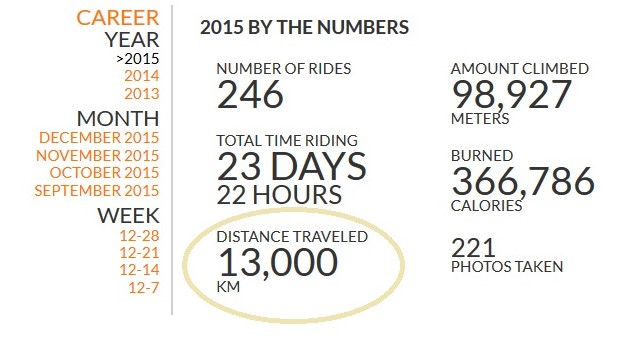 Date on which 5,000 was achieved – Aug. 22 at the Spokes of Hope Ride in Indianapolis

Most miles in a week — 521 During Ride the Rockies

Number of Zero mile weeks – None

Most interesting story – My Amish cousins.

And that’s it. Another year. No falls or crashes (always a plus)! It was a good year but I still had 123 days without a ride. Lazy, lazy, lazy. I don’t know what 2016 holds for me. I want to do an epic ride for children’s cancer awareness and research but things have to fall in order. I love France, Italy, and Switzerland but don’t know if I will get back this year. I hope wherever it is I ride safe, make new friends, and most of all, continue to find peace on the bike.