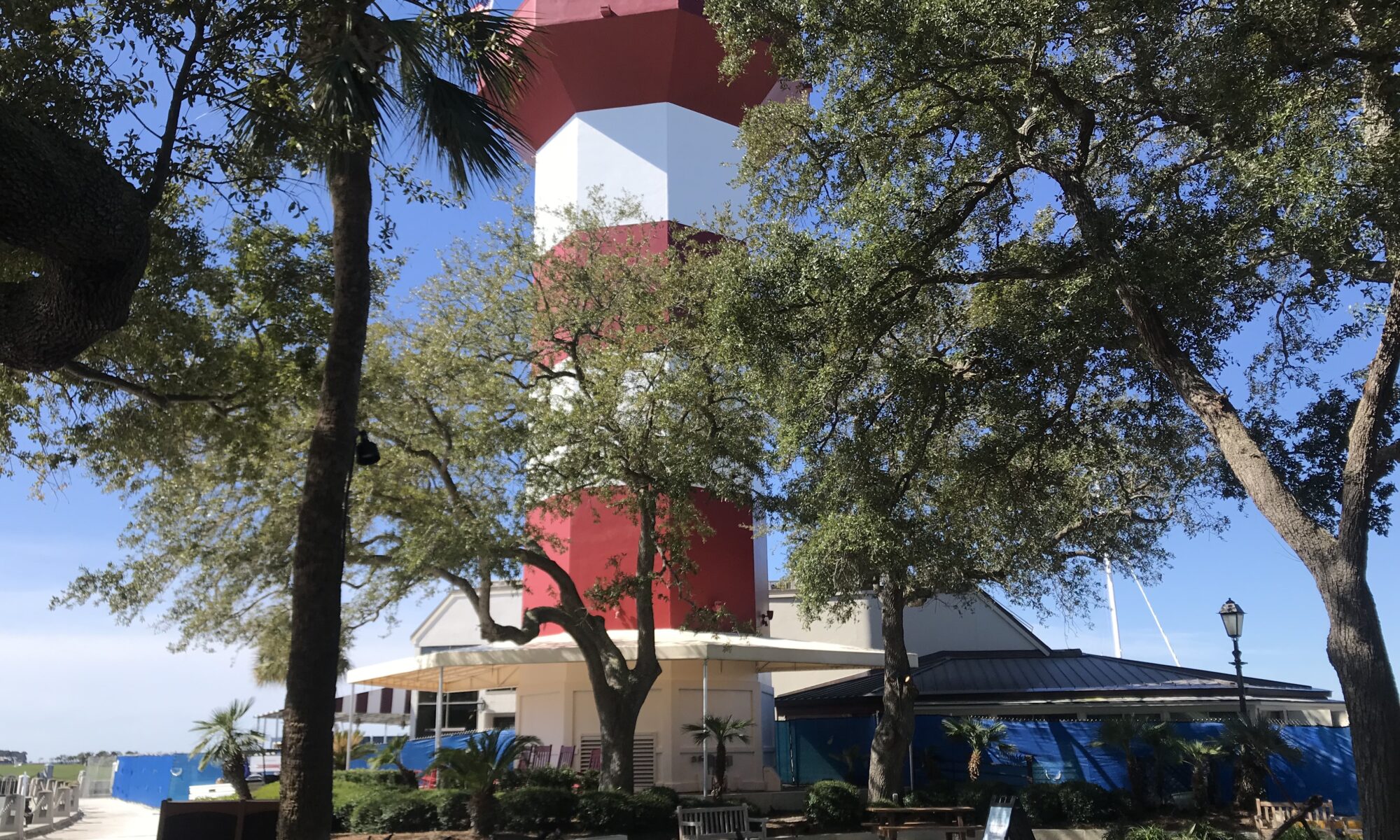 We came with the family for a week at Hilton Head Island. And I came to ride my bike (also).

On one hand, Hilton Head is perhaps one of the most bicycle-friendly communities in the country. They tout the miles of bike paths they have – which is true. But it also one of the worst places to be a cyclist.

Many of the roads and streets on Hilton Head have adjoining bike paths which, depending where you are, cyclists are encouraged or required to use. They’re nice – for going 8 mph.

I rode many which were rooted (had tree roots underneath the asphalt which created a dangerous bump), were partially combined with a sidewalk and had a dangerous seam between the two, and way too many at grade crossings with streets. At every intersection while waiting to cross not one single vehicle stopped to allow me or others to cross.

In addition, because riding bikes is popular, one must share the paths with kids on training wheels, walkers, runners, and dogs. Also, few are straight and run exactly parallel to the street they belong but wind and curve around trees and other dangerous obstacles.

If you are a cyclist, like I am, and cycling is your primary form of cardio exercise, one will not get the heart rate up if you ride sensibly on the bike paths which you should. One must ride on the street. And this is frowned upon by all those who drive vehicles.

Somewhere there must exist one sign on the island that says SHARE THE ROAD but I never saw one. Bicycles simply don’t belong (except on bike trails).

No where was this more evident that at Sea Pines Plantation. SPP is at the southern end of the island and is where Harbour Town and the lighthouse are located.

The first day I was going to ride to the lighthouse I came to a control gate. The guard told me it was $9 and I decided not to pay it, electing to turn around instead. I was not told I was not permitted. But the next day I decided I would pay the fee. This time the guard told me that bikes were not allowed to enter unless they were in/on a car.

I could ride to within 50 yards of the gate, have my car meet me, put the bike in the car, drive through the gate and unload the bike, and that would be OK. The automobile is king here.

While I was being turned away at the gate, a lovely couple rode through the bicycle gate and signaled me over. I went while they held open the gate. I was in. I saved $9 and rode to the lighthouse.

While at SPP a security guard told me that I was not allowed to ride on the road because it’s a rule in Sea Pines. Is it a rule or the law? The best I can tell is that SPP is private property and they can make and enforce “rules” for their property although enforcement probably would not entail fines. Not sure what powers they have other then to require someone to leave.

Unless there is a local “law,” there is no requirement that cyclists have to be on those crooked recreational bike paths. But there are 1,000 Karens on the island who think and will tell you differently.

Arriving at our rental house, I took off on a mixture of bike paths and roadway (side streets, not main roads). The weather was cool and rainy so I did not ride far but on my second day I saw I had four new PRs (compared to the day before). And that became my goal: see how far and fast I could ride.

At a minimum, I set out to be #1 age group on all four. On the first day I was out of the Top Ten Age Group on all. And I went. And I won. Number One on all four segments near the house. That was fun and gave me something to aim for.

So it was a fun week of riding. Except for the streets near our beach house, most were on the bike paths and would have been fun for a slow roll with the grandkids – but not at a pace to get the heart rate up. I suspect the best riding was back over the bridge around Bluffton on some country roads.

Another indicator that this place is not a mecca for cyclists was my adventure in trying to buy an insulated Camelbak Polartek water bottle. There are many bike “shops” on the island but most, if not all, cater to the rental business. Much like my experience on Sanibel Island trying to buy a tube, the bike shops did not carry this simply accessory. I rode to the Bike Doctor and they did not carry it. A driver from Hilton Head Island Bicycles had pulled over so I asked him if his shop carried it and he said they did not. I stopped at Wheelz of Hilton Head as I rode by. While they didn’t have a 21 oz Camelbak, they did have a 24 oz. Polartek. I took it. Since most shops are rental locations, road cyclists should make sure they bring every thing they need and not simple able to purchase it on the island.

We had a good week. I saw an alligator on one ride and ended up in a helicopter on another. It’s a fun place for most people to ride but serious cyclists may be a little frustrated here..