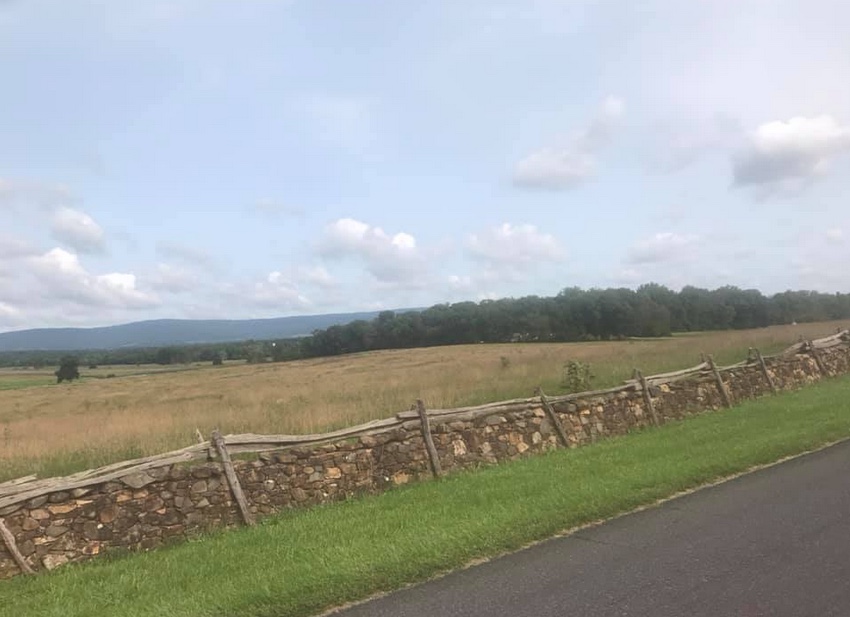 Oh how Strava Live Segments change everything. I came to ride the BlueRidger Proper (counter-clockwise). The weather was mostly sunny at the start but with a strong wind which would be cross-head or just a headwind for much of the ride. The temperature was 70°.

A few weeks ago I had ridden on Rectortown Road and found a segment I liked: Frogtown Road to Atoka Road. My goal for today: PR on that segment.

I am loving my Live Segments but not every segment I sat seems to show up on my Wahoo. Once it’s there it stays but I never no until the next time I approach a segment if it will be a Live Segment. I rode off into a very strong headwind. Part of me said to just pedal through it while another part said to go for it. I listened to the bad me.

It did not show up as a Live Segment. Nor do I think that it would have done any good. I changed my time display to see elapsed time and went passed Frogtown at 8:48. As I approached Atoka Road I could see I was around 11:24. I knew I needed 2:24 and not 2:36. I was way off. And it was the wind. Well, at Atoka a woman looked at me and pulled out right in front of me causing me to sit up. I didn’t have to brake but I could no longer keep the pedals moving. So I settled for 3rd best of my time which was really tied for the second-best of my times. But way off the mark.

The rest of the ride was uneventful. On Rectortown Road the road “bottoms out” as it crosses Goose Creek. I wanted to hit 40 mph here and I did. And then I got a Live Segment – GO! This was for Rectortown Test Climb. And even though I was riding into a strong wind, I decided to see if I could PR it. I was happy when 3:53 (New PR!) popped up. Old PR had been 4:15. Then I could rest the rest of the way.

Fighting the wind, I averaged 16.1 mph out to Airmont. Without doing a deep search, I found a ride from 11 years ago where I averaged 18 mph on this part. But that was in a group; I didn’t fight winds in my face; and I was 11 years younger.

Passing through Bluemont, it appeared to me that some new construction has taken place since the last time I rode through here. There was a building on the left and then I saw the E. E. Lake General Store. Apparently it is a welcome center but has the old General Store facade.

The climbs were pretty much as I remembered them. Moderately hard. There is a steep climb out of Bluemont on Snickersville Turnpike. It has a 180° switchback at the top and is flat over to Rte. 7. Rte 7 has a wide should as it climbs to the top of the pass. This is the easiest of the three sections here. And turning on Blue Ridge Mountain Road is a pretty steep climb with no end in sight. I still don’t know where it finally ends and dips down.

The ride off the mountain is nice. When I got to U.S. 50 I found it was too windy to descend without braking. That may have been the first time I rode here using brakes. But there were cross-wind gusts hitting me making it hard to control the bike.

Once on Leeds Manor Road I expected and received, a Live Segment for Naked Mountain. Once it starts the Wahoo displays the elapsed time, a contour map of the climb, your estimated time, and your PR time. My PR coming in was 9:06. Today I went through in 7:44.

There is pavement on this road but it is rough. I wanted to descend faster but didn’t trust the pavement. Rounding a corner on a downhill the road turned up and a GO! appeared. This was for Naked Mountain Winery. It’s a short climb but I had no legs. Pretty much left everything I had a few minutes ago on the Naked Mountain climb. Wahoo disagreed. My old PR was 2:21 and I lowered it today to 1:41. I would like to see what I could do when I didn’t fight the winds.

The last 10 miles from Markham I had great pavement and crappy pavement. I thought I had a tailwind but my speed was only 16 mph – the same as the first 20 miles into the wind. Maybe my legs were fried at this point.

I wanted to beat four hours and came in at 3:47. Goal accomplished. It was a good solo ride fighting the winds. Wish I could do better but Strava thinks I had a good day.