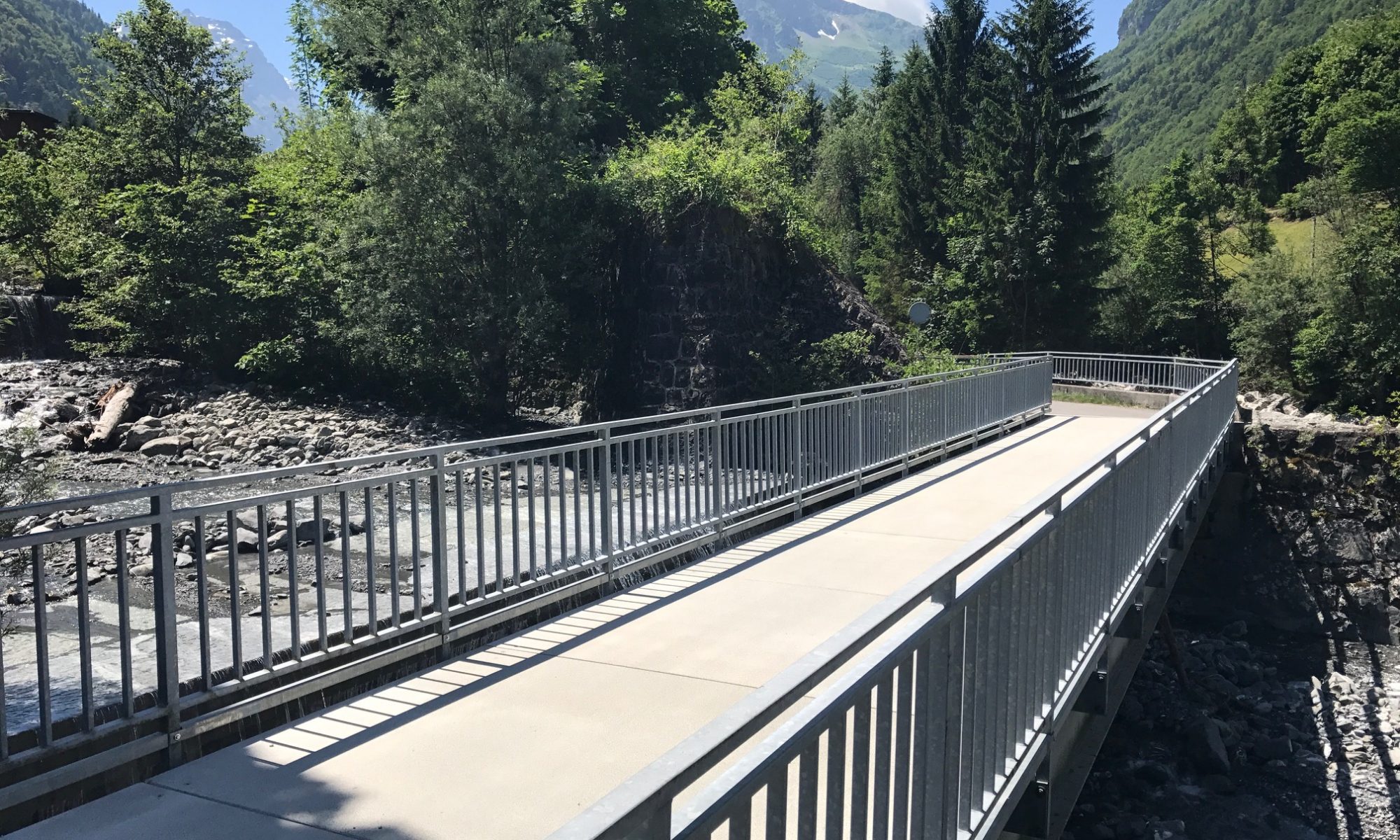 Breakfast this morning was at Hotel Cafe Huber in Lichtensteig. As I finished the owner came went to the bakery and gave me some bread to take with me. That was very nice.

There would be two issues to deal with today. I never get saddle sores but developed those yesterday. Although better, they would stay with me today. And second, those signs…

Or more accurately, lack of signs. On a cool morning, I rode downhill to Wattwil. That was my reward for riding uphill to Lichtensteig yesterday.

When I came to the town I turned on the main street to follow Bike Route 4. I also had uploaded the route to Garmin. I had gone no farther than one kilometer when Garmin told me I was off course.

I turned around and went back into town. I went another way when I saw the blue Route 4 sign. I lost that trail too. I turned around.

I decided to follow my Garmin no matter what. Leaving town I turned on a road that was not marked with a sign. About one kilometer later, I had to turn and there was the sign. I was on the right route after all.

Two or three or 10 times during today’s ride I chose to follow Garmin where there was no sign. Eventually, I would be proven right. In contrast to yesterday, I did not ask anyone for directions today.

I had already decided that it would be next to impossible to follow this route solely by depending on the signs. They simply are not everywhere they need to be. I would not say the route is well marked but “pretty well” marked. Maybe best in the world but could be better.

I had studied my route today and knew leaving town I would have a climb. Not too tough (compared to yesterday) and then a descent. The map showed flat or a slight climb the rest of the way. And that played out as expected.

The descent offered gorgeous views of Lake Zürich (or perhaps that is Obersee, the “Upper Lake” portion of Lake Zürich) in the distance and the mountains ahead.

At the bottom of the hill, I lost the signs and went with Garmin. I turned on a narrow road that was flat and straight. It was the right direction.

I was just 25 km in (15.5 miles) and the rest of the day would be flat to trending upward. I would also be on these narrow roads with no traffic although occasionally riding back on a highway.

I came to one turn for Route 4 and it went down to the river and followed a gravel road.  I stopped for a snack from my pocket then waited at the top to see if any road cyclists were on this path. One coming in my direction looked at it and exclaimed in German “they must be crazy if they think I’m riding on that crap.”* He then headed straight and I decided to follow him.

Along open road were just cyclists and walkers. I didn’t see any runners. And horses.

Marcel and I had a nice conversation of at least 10 minutes, maybe 15, standing alongside this wonderful path. Well down, my friend!

I really can’t offer much more. The route signs were pretty good but not perfect. But the weather was perfect.

At Glarus Süd there was a festival in progress. The bike route was blocked with signage to take a different route to Linthal.

I figured if the route to Linthal was marked, why not take it, but another couple came by and went passed the closure. So I followed them.

I was glad because I don’t know if I would have known how to get back on Bike Route 4 and it was a great alternative.

As I made my way through the people, one woman said “Nice velo.” I liked that!

I found myself pedaling slower than normal, a little in part due to saddle sores but mostly because my eyes were constantly scanning the scenery. No need to race this route and fly by. And it was a short day.

My hotel in Linthal is Hotel Bahnoff. It has a much larger room than the Hotel Huber and the Wifi is pretty good. Time to catch up and study tomorrow’s route as well.

POSTSCRIPT:  At dinner I sat out on the patio at the hotel. One table over came a Swiss couple who had just hiked whatever pass I am climbing tomorrow. They are from Zürich. We had nice conversation all evening during dinner.

___
*Ha! I have no idea what he said but that was certainly the gist of it. Seriously.