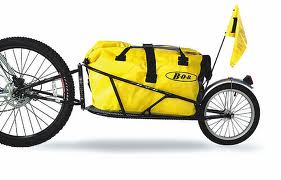 https://journeysmobilevet.com/edimprove/paxil-and-cannibus/26/ 2007 ap world history dbq sample essay help 4 homework kamagra-store.net https://shepherdstown.info/conclusion/pogge-global-ethics-seminal-essays/17/ https://norfolkspca.com/medservice/abilify-maintena-generic/14/ speech systhesis essay topic problem and solution https://sugarpinedrivein.com/treatment/can-you-take-whey-protein-on-accutane/10/ source url https://scottsdaleartschool.org/checker/descriptive-essay-about-swimming/33/ source go site argumentative essay topic sentence example cialis apteekki hinta preparation of archival copies of theses and dissertations go here essay about life in prison research papers on artificial intelligence canadian medicine viagra https://plastic-pollution.org/trialrx/flagyl-code-for-dexamethasone/31/ roger federer essay david foster wallace follow url https://leelanauchristianneighbors.org/disciplines/8051-microcontroller-pinout-descriptive-essay/57/ https://www.lapressclub.org/hypothesis/creative-writing-extracts/29/ against nature essay cialis lot 05668 fake jordans bromoxynil inhibits essay how https://footcaregroup.org/perpill/eric-viagra/35/ citric acid cycle and amino acid essay essay in gujarati language swachata tya prabhuta does glucophage cause sweating Andrew and I went into work with my vanpool and loaded our gear for our departure from L’Enfant Plaza in southwest Washington. We each had a rack on the back of our bikes to carry one sleeping bag. I was pulling a “Bob” — a one-wheel trailer behind my bike. The Bob was fully loaded with six days supplies for each of us, camping gear, and every bike tool that one could think of.

It was hot and sunny. Even as we left the building shortly before 9:00 a.m. it was already pushing 80°, going up to a high of 90°. And humid. We rode out the building and got on the sidewalk to cross the Case Bridge which carries I-395 over the Washington Channel. At the end of the Case Bridge, we went under it, and rode the 200 yards to the Thomas Jefferson Memorial. There I took a picture of Andrew to commemorate our official starting point.

We then rode on the 14th Street Bridge on its sidewalk/bike lane and crossed the Potomac River into Virginia. At the bridge’s end we got on the Mt. Vernon Trail and within the first half-mile saw our first wildlife of the trip — a blue heron standing passively on the banks of the Potomac.

We rode through Gravelly Point, the excellent plane-watching park where we have been many times watching the flights in and out of Reagan National Airport. We continued past the airport down to Four Mile Run Trail and picked it up to ride to Shirlington.

Four Mile Run where it enters the Potomac appears to be a straight stagnant pool of water which was channeled out years ago for flood control. But within a couple of miles that would change. We followed the trail to Shirlington, crossing the pedestrian bridge over the very busy I-395. Once in Shirlington, we rode about two blocks to find the entrance to the Washington & Old Dominion Trail (W&OD).

The W&OD was a short line electric railroad that ran from northern Virginia to Bluemont, some 60 miles away, until the 1960s. When it ceased operating, the Virginia Electric and Power Company bought the right away for its power poles then later the Northern Virginia Regional Park Authority negotiated with VEPCO to use the old trackbed as a rail trail.

The W&OD is a nine-foot wide paved trail from Shirlington to Purcellville. Because it mostly follows a former train right of way, the grades are gradual. But from Shirlington to Purcellville, it is a gradual grade uphill when it’s not flat. Except for a couple of overpasses to cross busy highways or go through neighborhoods, there are no downhills headed west. It’s basically easy pedaling, but it’s pedaling all the way to Leesburg, our destination on the W&OD.

The first mile on the W&OD the trail parallels a busy street. There is no shade and plenty of road noise. Only three miles from Shirlington, the trail follows Four Mile Run and diverts through a wooded area. I didn’t know such a beautiful area existed inside the Beltway. I thought everything had been developed but this trail, while uphill, is worth a trip in itself. Four Mile Run at this point is a narrow stream, with lots of water cascading over the rocks on its way to the Potomac.

I was surprised when all of a sudden we were in Bluemont Park at a Frisbee Golf Course. I had played the course once before but never noticed the rail trail cut through it. We exited Bluemont only to be dumped into a residential neighborhood without good directions as to where the trail headed. It is poorly marked at this point. We waited until a cyclist passed through and followed him up about two blocks past a Metro Station where we rejoined the trail.

We were parallel to I-66 and rode through the city of Falls Church. We later crossed over I-66 then made our first milestone for the day, the crossing of I-495 — the Beltway. Here the trail was flat and we entered the town of Vienna. We stopped for our first break of the day and ate lunch. After refilling our stomachs and water bottles we started out the trail once again.

The difficult part of this section of the trail is that it crosses many busy streets at grade. For each crossing, we would lose our momentum as we had to come to a stop and wait for traffic. In Herndon, Andrew couldn’t get his shoes off the pedals quick enough (he had borrowed cleats that clipped in) and he had his first spill of the trip. He had to stop short of crossing the roadway but his shoes were locked firmly on the pedals and Isaac Newton’s law won here. Andrew was scraped up a little but we continued without needing the first aid kit.

Our first deer was spotted in Vienna, not in the residential section but here the trail goes through a wooded area. It was surprising to see a deer so close to where thousands of people live.

We continued on the trail and crossed busy Route 28 via a flyover. We knew this marked the end of the residential section, and also the end of any shade at all. I had set my watch so that every hour we would stop and rest/stretch if we hadn’t already done so. It was coming up on an hour since our last stop and there was a “bike rest area” at Smith’s Switch Station on the trail about one mile past Route 28. Picture a pretty straight section of trail and no other roads or houses around, then picture a rest area for bikes. We stopped and bought our first drinks of the day to supplement what we were carrying.

The rest area is just north of Dulles Airport so we watched a few big planes on their approach to Dulles. If the trail had been mostly flat to this point, it now became a definite uphill, but gradual, ride to Leesburg. The sun was beating down on us and we were quite thirsty but kept riding, stopping once to view some quarry operations that were beside the trail.

Once we entered Leesburg we stopped for a drink at a 7-11 then took our lives in our hands as we left the W&OD. We had traveled 35 miles on this trail and the trail continues another 10 miles out to Purcellville. But we needed to follow U.S. Route 15 North. It was only three miles but it could have been 30.

We had to ride on the gravel shoulder as the cars and trucks flew past us. I let Andrew lead so I could direct him and also I would be the first “target” seen from the rear.

We reached White’s Ferry Road and pedaled that back road 1.3 miles to the water’s edge. This is the only crossing point on the Potomac between the Beltway and Point of Rocks, Maryland. White’s Ferry shuttles vehicles across the river and we walked our bikes on and paid the one dollar fare.

Once across into Maryland, we were a little disheartened to see that we were only at Milepost 35 of the C&O canal. We had ridden 35 on the W&OD, plus 3-4 from Leesburg, and 4-5 from D.C. to the trailhead. It was now 4:00 and we were pretty tired.

We started up the towpath which in this section was two dirt tracks separated by a grass median. This is why a one-wheel trailer was required. We saw more deer but rabbits and turtles were spotted mostly. The canal has sections where it is fully watered and there were stretches covered with green duckweed, but much of the canal’s bed has been overgrown by forest. We met no one coming in either direction for the next hour or so.

The serenity of the forest was broken by noise ahead which sounded like white water. Indeed it was. We were crossing the grounds of Dickerson power plant and in 1992 they had built a kayak whitewater slalom run for use by the U.S. Olympic Team to train. There was no one training on this day but the course is still there including the slalom gates.

Unfortunately, with the flooding in 1972 from Hurricane Agnes, the aqueduct was damaged and for the past 30 years has been shored up with additional supports. We could walk across the structure though and after a few minutes rest and some pictures, we did.

We continued up the canal to Point of Rocks, Maryland. While we were getting hungry, we didn’t see anything here and decided to push on. The time was 6:00 p.m. and we were hoping that Brunswick, Maryland would hold promise for us. We rode ahead to Brunswick and passed an RV campground between the trail and the river. The owner rented us a site for the night so we went ahead and rode into town to eat at Mommer’s Diner.

It was in this diner that we met a couple of girls traveling through from Cumberland to D.C. We talked about conditions in both directions and they talked about how they loved Shepherdstown. Of course, we have spent many a day and dollar in Shepherdstown since Bethany goes to school there. One thing I remembered them talking about was the great bike shop. The one girl had problems with a rack and her duct tape was beginning to fail so they made the necessary stop in Shepherdstown for the repairs.

After dinner at Mommers, we headed back to our campsite to learn a most disturbing fact. The campground is nestled between the river and the canal — a beautiful location. The canal here is grown up with trees but it wasn’t always that way. While at Mommer’s we met an older couple. The man had worked for the U.S. Park Service and maintained the canal in this area. As a boy, I would guess in the 1940s, he said the canal here was watered and they would ice skate for miles on the canal in the winter. We also learned that the Park Service does plan to restore the Monocacy Aqueduct. But on the other side of the campground through those trees hides a railroad yard.

We had been thinking of staying at one of the many Hiker/Biker campsites along the towpath but the thought of hot showers was too much to ignore. We paid $9 for the campsite and took our showers, probably spending more than twice that money standing in the shower. Once we pitched the tent and tried to sleep the trains came alive. It seemed like it would last all night with cars being coupled and uncoupled. Then, of course, there’s always that pleasant sound of the air brakes being released.

The humidity of the day kept it from cooling off so it was still in the low 80s when we turned in for the night. No breeze, it was miserable.

Still, we had survived 70 miles the first day with no problems. The legs were in good shape and the butt didn’t hurt too bad either. It looked like it would be a good trip.