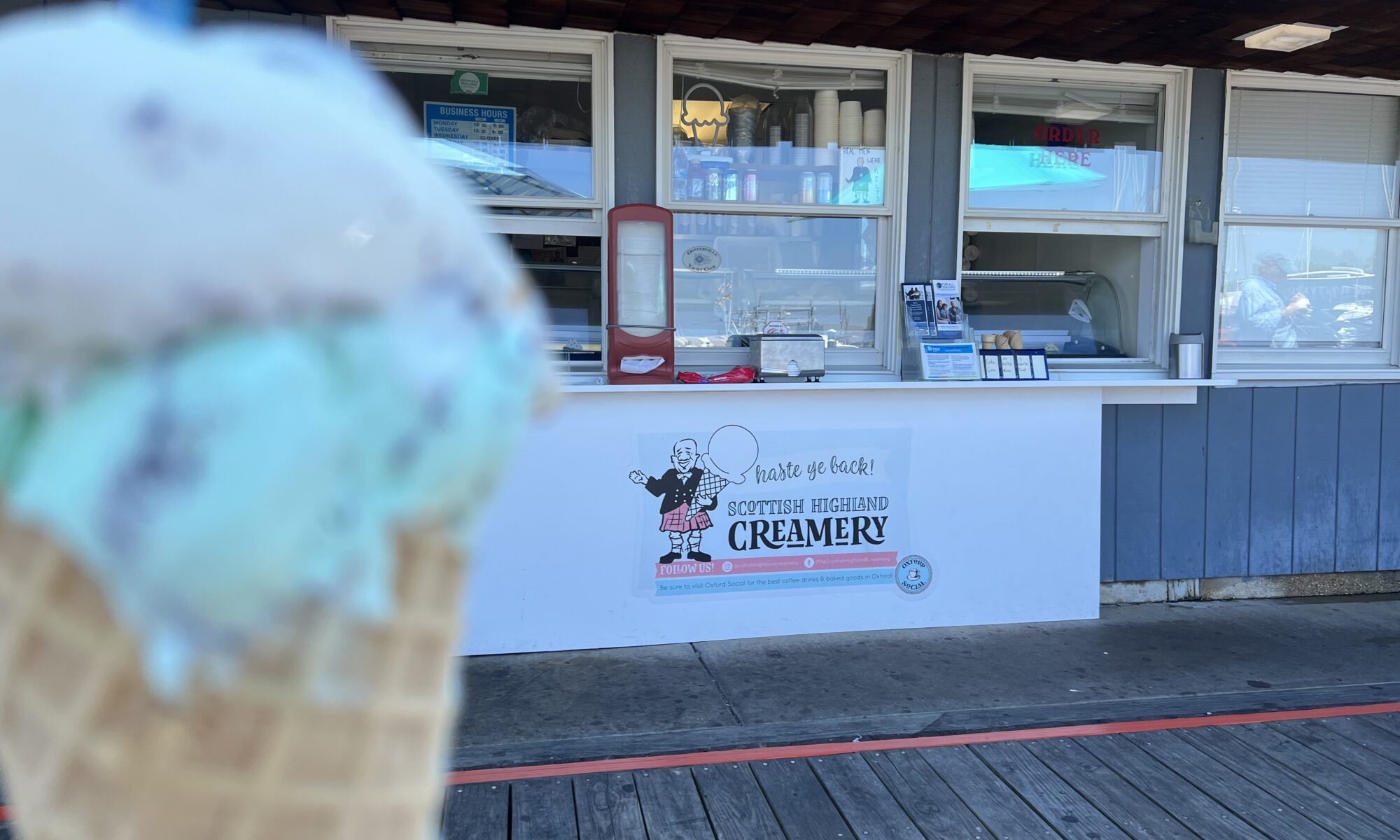 I liked the ride from Easton to Saint Marys to Tilghman Island so much that I wanted to go back and do it again. But I picked a bad day. The temperature was 91° (32.8℃) and the humidity seemed to match.

I left the house an hour earlier than last time and would be riding an hour earlier. I also modified my route to not go all the way to Tilghman’s Island but instead take another road to a tiny town named Neavitt. It is located at the southern terminus of Maryland Route 579 on the north bank of the Choptank River.

Unlike Tilghman’s Island, which has a gas station and a general store, there appeared to be no commercial businesses here. Just some private dock slips at the end of the road. In addition, the road to Neavitt had no shoulders to ride on in contrast to the road to Tilghman’s Island. But traffic was extremely light so that was not a problem.

The winds seemed stronger today than they were the last time I was here. The route was nearly identical. However, I was able to take a nature trail or bike trail out around the business center of Saint Michaels. It was pretty but even slower than sitting in traffic. I think.

On the way back I stopped just outside of Saint Michaels at Highs Dairy. This time I not only filled my water bottles but grabbed a Snickers. I love my energy chews but the chocolate candy bar was a welcome relief.

I turned onto the country road to the Oxford-Bellevue ferry. I now had a base time and hoped to better my time for a PR. But the winds were too strong or the heat and humidity were zapping me. Once I fell 15 seconds behind my pace I sat up and soft-pedaled to the ferry.

On the ferry were two cars. The nice couple in one car brought over an ice-cold bottle of water and offered it to me. I did not hesitate even though my water bottles were basically still full. I would need all the fluid I could get on this day and the cold water was refreshing.

I chose this day because my next available day, tomorrow, was a Wendesday. And the Scottish Highlands Creamery was closed on Wednesday as I learned my lesson the hard way. So I chose to ride in this heat and humidity for – ice cream.

It was bascially two blocks from where the ferry docked in Oxford to get ice cream. And suddenly all the riding in the heat and humidity were worth it.

The last 10 miles seemed to be downhill so maybe I was picking up some tailwind. I did go through one mile on a one-lane milled road under construction. But the ice cream seemed to fuel me just enough for the run-in back to start.

Today was a 50-mile ride instead of a 60-mile ride like last time. But it still left me pretty drained. But I love the ride and I really love the ferry. And ice cream. Must do this again.