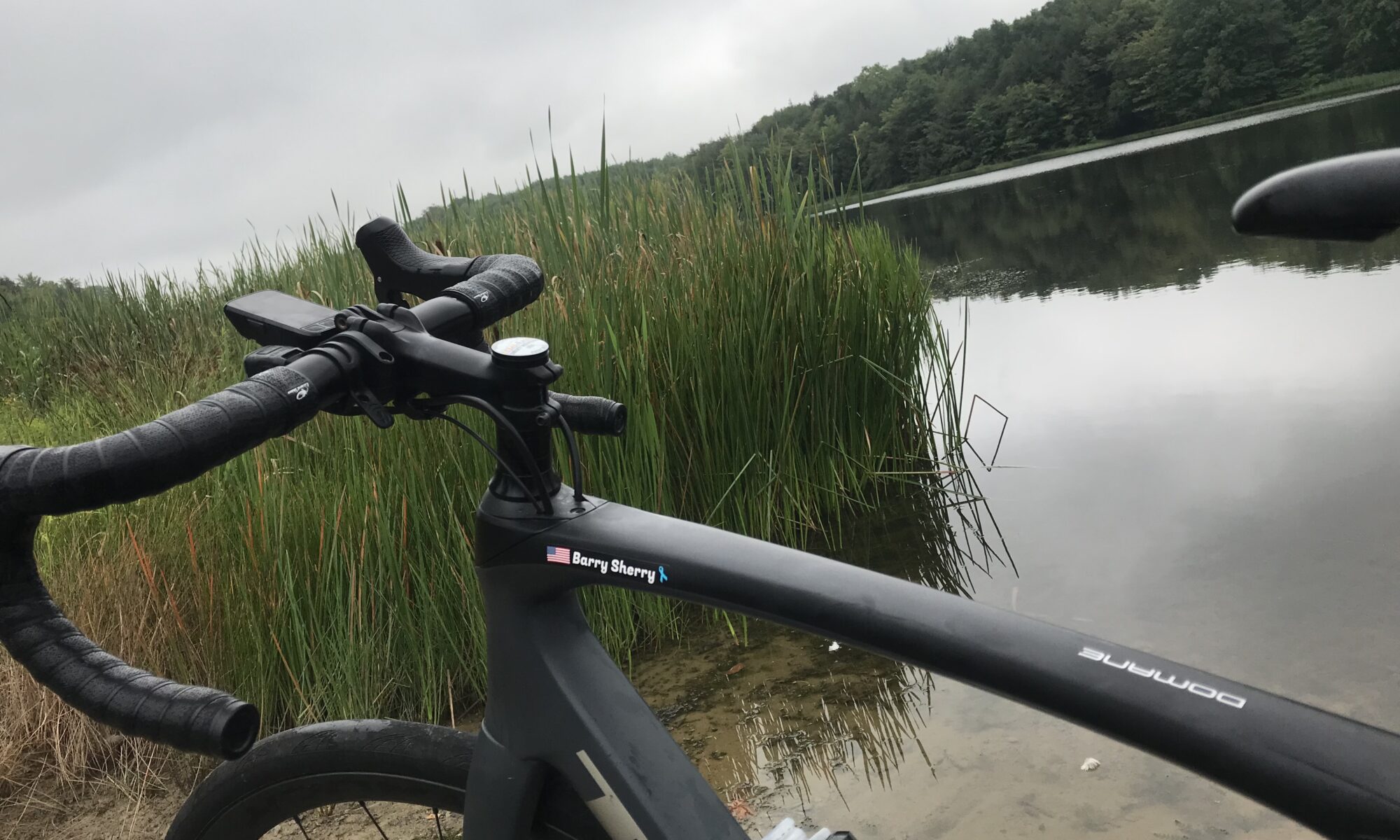 No fewer than six times have I worried enough to blog about Father Time. He is, after all, undefeated. But why worry?

Last week I rode from Geistown (Johnstown) to Rossiter and was worried that I might not be as fast as I was on a ride 11 years ago. After controlling for similar segments (East Conemaugh to Arcadia), I concluded that I went at least the same speed. And if I parsed it further, stopping when I reached Northern Cambria then resuming when I left, I think I was faster last week than I was 11 years ago when I first rode this.

Today I had the realization that it doesn’t matter. Sometime, someday, Father Time will catch up with me. And so what?

I parked at the Kia dealership in Geistown (with permission) and headed down Scalp Avenue. I went straight through Johnstown, not electing for photo ops over by the Inclined Plane. When I came to East Conemaugh, my first timed segment began. I was 20 seconds or so up on my best time when it quit giving me feedback about halfway up the climb. I just continued the pace.

Confirmation of a PR would have to wait until I uploaded my data to Strava. I needed 14:09 (2010) and came in at 13:20. It was good for #1 age group (an age group of two – apparently not many cyclists my age attempt this road and this climb).

The next two climbs “Don’t wanna go to school” and “Station Road Climb” forced me to quickly sit up. Although on the former I got my second best time and on the latter, I became the “local legend” (with two attempts in the past 90 days). Not only aren’t too many people my age riding this route, apparently not too many cyclists of any age ride out here.

Last week I smoked the segment from Belsano to Duman Lake (11:08 – KOM). Today I came in two minutes later. I rode yesterday in Virginia in 95º heat and it drained my resources. I had nothing left for today. Not expecting much on Blue Goose Climb to Nicktown I grabbed a PR (6:49), taking seven seconds off my PR of last week. That moved me up one place (to sixth) and kept me at #1 age group, being the only one in my age group.

The temperature today was around 70º and very overcast. My shoes seemed to be constantly wet and I wasn’t sure if there was water coming off my front tire or I was dripping that much sweat (and I was). Right after Nicktown came the descent to Northern Cambria. This is untimed by Strava Live Segments so I rode reasonably hard. But I didn’t feel like I put in the KOM effort of last weekend and I was right. At 5:32 it was my second-best effort but was 0:14 off my mark from last week.

In Northern Cambria, I went to say hello to cousins Don and Nancy but it didn’t look like they were home. So I went to Sheetz. Filled my bottles with ice, bought a $0.99 bottle of water, topped them off, and headed to Cherry Tree.

The roads turn “heavy” here and the road at Stifflertown had new tar and chips although I could ride it with no problems. Just not fast. I set a new best time for Stifflertown to Arcadia, even soft-pedaling near the end. I was chased by a big dog – couldn’t tell you what breed.

Then I headed off for Smithport. Arcadia to Trojan Road is not available for Live Segments as it is a slight downhill. Nor was I racing it – more Just Riding Along. But I set a PR (KOM) of 5:32 which was 0:04 better than last week.

I turned on Trojan Road and here is where the road turns up. And I was 7-8 seconds ahead of the Arcadia to Smithport segment. I maintained that lead until I turned off Trojan Road onto Williams Road and the climb. If the road turns up at Trojan Road, it turns up in anger at Williams Road. Less than one-half mile in length, I lost 27 seconds to last week’s KOM effort. And I figured then I had no chance at the larger Arcadia to Smithport segment. But I saw I was bringing the time back and finished in 20:32 which was 19 seconds better than in 2014.

Leaving Smithport I was riding in a very light rain although it would last for only about five minutes. Rather than go straight to the (Lowmaster) Reunion, I turned and went up Church Road to Fairview Cemetery. There I visited my dad’s grave. I am sure he approved.

But the short route to the reunion at Winebark Park also took me on dirt, gravel, and chip and tar road (almost all chips). Plus the entrance in and out of the park is dirt or grass so I gave up a lot of time there.

Unlike last week I did not care what my time was. And I am never going to worry about my time now compared to 10 years ago. There will be a time when I can’t produce the power or speed I did 10 years ago. But I am on a bike. And looking at my age group, I am doing things now that very few people my age are doing. So I am thankful for any speed. I am on a bike. I am finding peace.