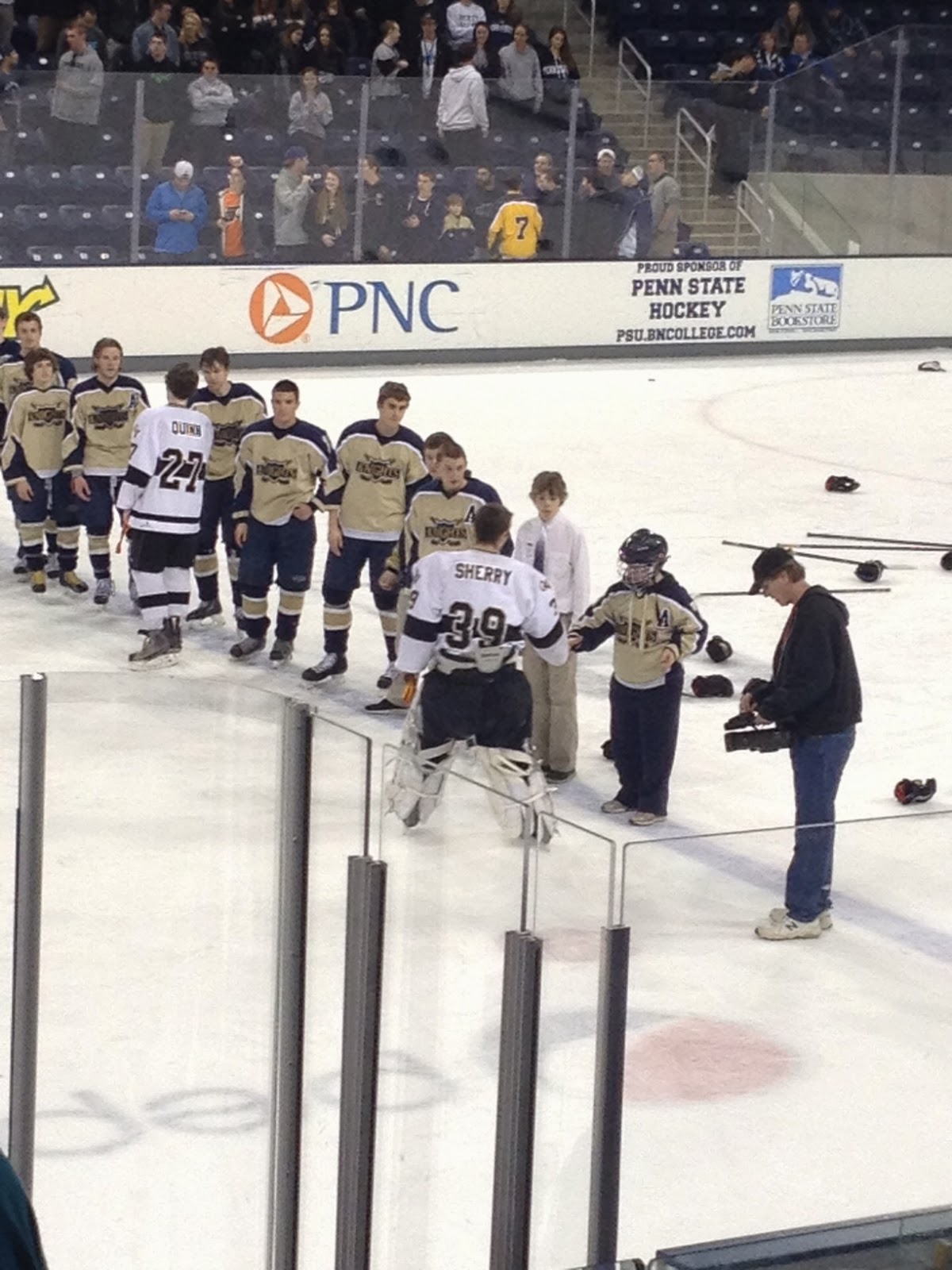 If January was cold (it was) and February was worse (it was), March has been brutal. I rode few miles outside on the bike because weekly there seemed to be a new snow storm.

Today I drove to see my nephew, Parker Sherry, play in the Pennsylvania High School hockey championship at Penn State. It was a 70 degree day at home but only near 50 degrees (10C) in Altoona. Plus there was a strong wind.

On the way back I stopped at Altoona. I stopped at the Sheetz on 58th Street and asked if I could leave the car. The manager graciously said yes and thanked me for asking permission.

My plan was to ride to the Curve and, if it wasn’t too windy, to the top of the mountain. Most of us say that given the choice between riding up a steep hill or into heavy winds we will choose the hill. Today I had no choice. I got both.

Strong headwinds from the start made climbing harder. I reasoned the winds would get easier once I reached the tunnel as I would be sheltered by trees and the mountain itself. And if it was unsafe I could turn back.

I climbed, both upward and into a strong wind, and past the three lakes that are part of the reservoir system for Altoona. All still had ice on them.

Although one must climb to reach Horseshoe Curve the climb is 1-2% then 2-3% and then 3-4%. The real climb begins only after going under Horseshoe Curve through the tunnel. Then the grade starts at 4-5% then goes 6-7% and increases until it kicks up to 12, 14, and then 18%.

Virginia’s winter road dirt is sand. Pennsylvania’s, or western Pennsylvania’s, is gravel. Maybe not real gravel but something worse than sand. The sides of Glenwhite Road were covered with it. Climbing, it made getting out of the saddle a little sketchy for fear the wheel would slip. Thankfully there was very little traffic on this road.

I struggled. Maybe my memory is short but I thought today was the most difficult climb I’ve had here.

My goal had been to reach the top of the climb. I had already decided against the loop route going across the summit ridge at Gallitzin and down Sugar Run Road because of the high winds. Those are both exposed and I have almost lost control on windy days descending Sugar Run Road.

Once at the top I turned around. What is normally an all out tuck and roll became a little scary. There still is a lot of gravel on the road. To apply the brakes too much risks causing the wheel to slide and I didn’t want that. So I took the descent with a little more speed than I wanted, given the conditions, but 10 mph less than I do in good conditions. And it was cold.

I was glad I grabbed the knee warmers and long finger gloves. I almost wished for the descent I had my balaclava too. Once back through the tunnel and back to the Curve it was smooth sailing. The road was better and speed was no issue. And it was great to have ridden another day up the Wall. 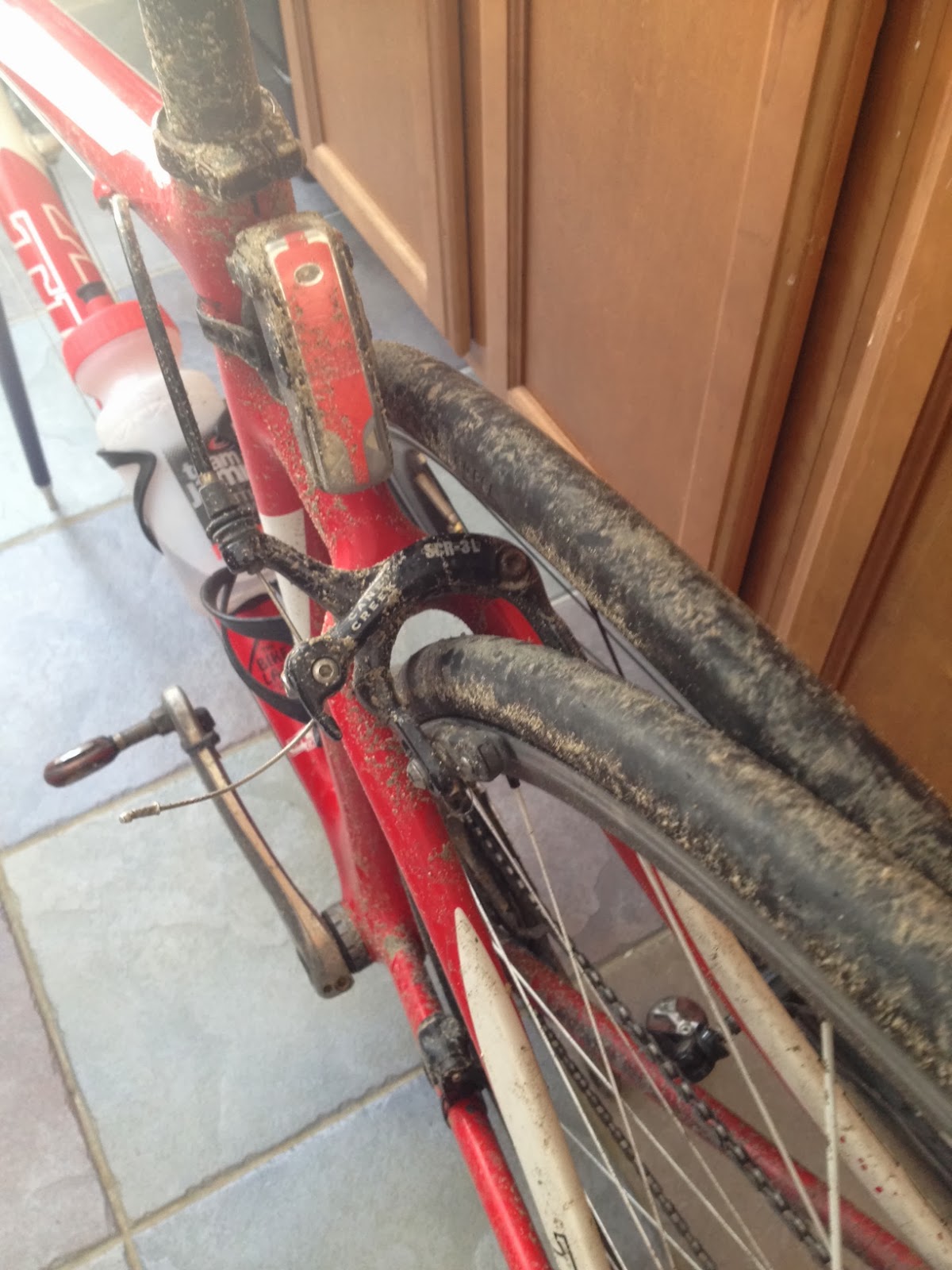 The temperature was forecast to reach almost 60 degrees — before a massive winter storm was to arrive around 4:00 p.m. I wasn’t looking for a long ride but checked the Potomac Pedalers’ website and found one at Brentsville that left at 11:00 a.m.  The time was 10:40 a.m.

I grabbed my stuff and jumped in the car. When I arrived the group was gone but I had wheels down at 11:10 a.m. There were cue sheets on one of the cars and I grabbed one. I saw their route and knew a shortcut that I could take and intercept them. But I decided it would be more of a challenge to chase. So I followed their exact route.

Around Mile 15 I spotted a couple of riders and slowed a little so as not to catch them. Too early for a catch. Finally at Mile 19 I caught one rider then a second. I caught the group at an intersection. And then it hit. What now? Ride with a group that was butt slow that I caught? They went straight. I went right.

I enjoyed the happiness of pursuit but like a dog, it wasn’t so great once I caught them. I enjoyed the solo ride.

The temperature crashed almost at once. It went from 57 to 42 degrees almost immediately. Although it was party sunny at start, it turned gray and was getting darker. I really thought the cold rain was coming in later in the day.

I wasn’t sure where I was and without the sun, my sense of direction wasn’t helping. Actually it was. I have a good sense of direction which at times means that something isn’t right. I sensed I was going in the wrong direction if I wanted to get back to the car quickly. My Garmin has a direction indicator and when I saw I was headed south I turned around.

At a post office and store which proudly proclaims “You Are Now in Downtown Somerville” I asked a woman for directions to Brentstown Road. Once she confirmed my directions I pedaled off and it started to rain. Cold rain. It was bouncing off my helmet. I had no jacket. I was dressed for 57 degrees.

I worried about – my phone. I even made a decision before I left home not to grab a Ziploc bag for my phone. That was a mistake. I pulled over, it was the only time other than asking the woman directions that I pulled over, and disassembled my repair kit. I keep a spare tube inside a Ziploc bag and used the bag for the phone then put the tool kit contents in my rear pocket.

For the final hour I hoped that one of the many SUVs or trucks that passed would see me riding in the rain and offer a ride. None did.

Before the roads turned wet they were a bit gritty in places. But once the rain came it was a sandy, salty mess.

I got to the car. I turned the heat on high and never turned it down.

At home, a 90 minute hot bath made everything better again. And I just rode 60 miles.

____
NOTE: The Happiness of Pursuit is also the title of a book by Davis Phinney detailing his cycling career and his battle with Parkinson’s Disease. It is a great read and highly recommended.