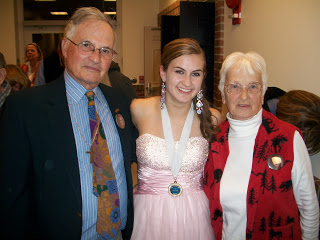 Total miles ridden in one year was never a goal; specifically, I never set out to ride 5,000 miles in one year (8,047 kilometers). Rather, it was a byproduct that in this year of my recovery riding was the one activity where I felt normal.

Although I made an effort to track every mile in 2009, I gave it up once I was diagnosed with cancer. In prior years I simply noted the odometer on my bike at the end of each year. My previous mileage counts were in the 2,500 mile range and in three years on this bike I had 6,600 miles at the end of last year.

This year was different. I recorded every mile in a spreadsheet. On August 22 I completed the LIVESTRONG-Challenge Philly and went over 3,000 miles for the year. On that day I noted that I could hit 5,000 miles by the end of year if I could keep riding deep into the fall. It becomes difficult because the light of summer evenings turns to the darkness of the fall. Weekends could be cold and rainy and the enthusiasm for being on the bike wanes.

I looked at where I had been and what I needed and knew I would reach 5,000 miles. It was a question of when. That was answered yesterday. I had left myself just 27 miles short and could break 5,000 on the Reston Bike Lane shop ride or go to Pennsylvania. I decided on Pennsylvania. I rode 21 miles in the late afternoon and left myself needing just 6 1/2 miles today.

My niece, Emily Cramer, was in the Pennsylvania Outstanding Young Woman competition in Reading. She was the winner of the Somerset competition and was representing Somerset in the state-wide competition. Emily and I also rode together on July 4 when we encountered a bear. Not far from Reading the LIVESTRONG-Challenge Philly course rolls by. The longest and steepest hill is on Oysterburg Road up to the village of Landis Store. This is also where the “devil” will taunt riders trying to make it up the hill. Ha! It was too cold today for a sighting of the Devil

On a cold and very windy day, we drove through Reading out to Oley and found the intersection of Hoch and Bertolet Mill Roads. The temperature was just 40 degrees and the winds were howling. I misread the map and pushed off in the opposite direction. Oh well, bonus miles in the valley before beginning the climb. Once righted, I found Oysterburg Road and began reflecting on every mile that I rode this year. That’s 5,000 reflections. Two years straight I rode this route and flew by the prettiest stone and wood barn, always going by too fast to stop and take pictures. Today I could. Not far beyond the barn is another barn near the base of the two-mile climb. Although not a rest break in the LIVESTRONG Challenge, there is always bottled water there for the riders to refill before the climb. It is also where riders are taunted with signs that the hill is steep. And the hill is long.

I hit the climb and was all smiles. Although I had to work, there was an 18-19% wall, but it was all good. I reached the summit in two miles and came to the Landis Store Hotel at the Village of Landis Store, Pa. During the Challenge this is a major rest stop. It is beaming with riders glad to have made it 57 miles. Live music, hot food, plus water and Gatorade are a feature at this stop. Today, nothing. But that’s OK. I came back to the place where I twice came to fight the global fight on cancer.

Once I arrived at Landis Store, which is now a restaurant but has been a store and hotel over the years, I was ready to pack up and leave and get back to Reading to see Emily. But so many times I enjoy or suffer the climbs and don’t reap the reward on the other side — the “wee” factor that comes with the descent. So I turned around and flew down the mountain I had just climbed.

I came back to tell cancer you have picked on the wrong person.

EPILOGUE: My niece, Emily Cramer, was named the 1st runner-up in the statewide competition as Outstanding Young Woman. Congratulations Emily!
﻿ 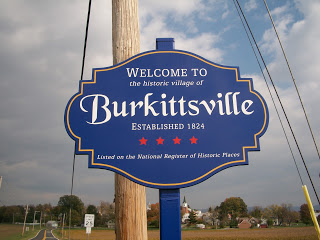 This was one of the hardest 50 mile rides I have done. Stupid wind.

I had a rough idea where I was going when I left Ashley and Bryan’s place in Ranson (near Charles Town, WV) but wasn’t completely sure. I knew I wanted to go to Burkittsville which is the home of the Blair Witch Project. It was Halloween, after all.

My route eventually took me on U.S. 340 across the Shenandoah River at Harpers Ferry then, about three miles later, across the Potomac River from Virginia into Maryland. The bridge is narrow with no shoulders and the pedestrian sidewalk was closed. I had no choice but to pedal across it.

I fought a brisk wind for most of the ride. It was so strong, and cold, that at times I was out of the saddle even on the flats, trying to generate enough power. At Burkittsville I headed up Gapland Road. It was less than a one mile climb but one portion measured at 16%. It was a neat little climb. At the summit is a memorial to Civil War Correspondents. This was also the site of the battle for South Mountain. Also, it was here that was Rest Stop Number One for the Civil War Century ride I did last month. To go from 1,600 riders in one place to just one seemed quite strange. One of many plaques at South Mountain

Last month Townsend Road had been newly “chipped,” that is, there was lots of fresh gravel on a tar base. It was the scariest portion of the century ride just trying to stay upright. Today the road looks like any other asphalt road. Chip and tar but in great shape

In September I was leading a group of 6-7 riders down Burnside Bridge Road around 25-30 mph. We came to Antietam Creek and I wanted to capture a picture of the creek next to the road and a bunch of swimmers and tubers enjoying the last swim of the summer. But I couldn’t apply the brakes and pull over so that memory is engraved only in my mind. Today I was able to stop and take a picture. No kids swimming. Just a beautiful scene. At Sharpsburg I headed towards Shepherdstown. Bethany, Ashley, and my money attended here. But it had been a while since I had been to this quaint town. There is a historical marker on Rte 9 at the Va.-WV border that states that it had been urged to make Shepherdstown the nation’s capital. Interesting. I had wanted to follow the bike path that parallels Rte 9 but discovered it ends with no access to Rte 9 (bicycles prohibited). I followed Rte 115 to Ranson not knowing where I was going. My sense of direction told me to turn on 17th Street looking for a way to Flowing Springs Rd then back to Ashley’s. However, it was a pleasant surprise when I followed this street and discovered that there was a back entrance to Ashley’s development. Who knew? Fifty miles and I was more drained than on any of the century rides I have done this year. Stupid wind.