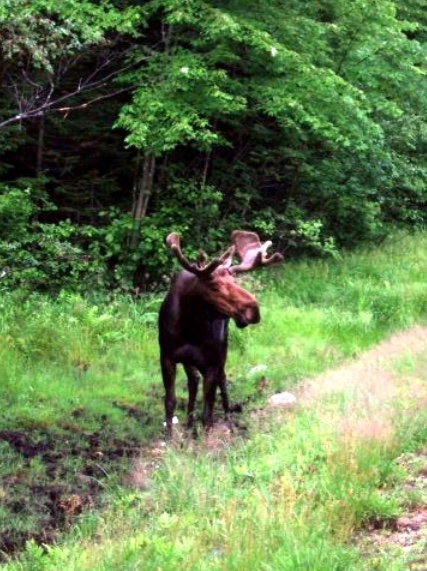 I did a thing.

To understand why we have to go back 21 years. It was 2001 and I was in awe of watching the Tour de France. I loved watching those big climbs in France. I knew I could never climb like those boys but wanted to test myself on one of those mountains.

I watched with great interest the Tours in 2001-2005 always dreaming of a time I would tackle those French climbs. As I dreamed of a future trip to France, in 2006 I learned of a tougher climb than any French mountain in the Tour de France. And that was the Mount Washington Auto Road Bicycle Hillclimb in New Hampshire.

Held each August and immensely popular, I made a note when registration for the hillclimb opened so that I could sign up. Registration opened at 6:00 am (or possibly 6:30) on February 1, 2006. I drove into work and at 6:55 a.m. I logged in to register. It had already sold out.

That would repeat itself in 2007. But it had become so popular that they opened a second race called Newton’s Revenge to be held 07/07/07. So I registered for that one. It was the same exact course but on a different date and with a smaller field size since this one did not sell out.

I went to New Hampshire in 2007 but the race, and the race rain date, were canceled due to dangerous weather on the mountain. Specifically, 70-mph winds at the summit, rime ice and freezing temperatures, and rain overnight made the gravel (dirt) section nearly impossible to pedal a bike. I was disappointed but also maybe a tad relieved.

And so I would return in 2008. It was the same deal with registration although this time I purposely waited for MWARBH to sell out and for Newton’s Revenge to open up. I liked the thought of a July race with a smaller field. And that became my first race up the mountain.

My goal in 2008 was simply to finish. I made no change to the gearing on my bike (which was a big mistake), crashed, and said “Never Again!” as I finished.

By the time we got down off the mountain, I was spewing “crazy talk” about doing it again in 2009 but with the right gearing. The Event Director, Mary Power, told me these mountains get in your blood and you want to come back every year. I didn’t believe her.

So in 2009, I planned to return to Newton’s Revenge with better gearing. But my training was interrupted due to a broken wrist. Mary asked if I could slide to the sold-out MWARBH in August. I agreed but then got a cancer diagnosis. At first I canceled my plans to go to Mt. Washington but then — I got permission from my doctor to delay cancer treatment and raced MWARBH in 2009.

Training for the 2009 MWARBH was my only break from cancer. I was able to lose myself in my riding and forget about cancer. I knew as I was riding the mountain in 2009 that my recovery goal for 2010 would be to return cancer-free. And I did.

[Generally, I wore a different kit every year which, if nothing else, makes it easier to identify the year. However, I wore the same kit in two successive years. In 2009 I wore the Amgen Tour of California BREAKAWAY FROM CANCER jersey. It was a leader jersey awarded daily to the “most courageous rider” instead of the traditional “most aggressive rider.” But the message meant so much to me in my cancer battle that I bought it and wore it. And when I returned cancer-free in 2010, I wore it again. The difference in the photos is in 2009 I wore black shoes and black socks while in 2010 I wore white shoes and white socks. There was not a message or hidden meaning by the colors.]

That should have been it. But my cleats got clogged with sand and I couldn’t clip in. I put in a bad time. That was not a way to end. So in 2011, I returned. Each year my time got better so I decided to go back and better my time. Then I had my worst time ever. And I couldn’t end on that note so I went back in 2012.

It was in 2012 that the Gubinski family gave me a ride down. When we reached the bottom they asked if I would come back in 2013 if they did. And I agreed. Luca and Alexa killed it.

Of course, all three beat me. Alexa was her age group winner and second overall. But that was it. And with that, in 2014, I retired for good after seven consecutive races.

Multiple winner, Phil Gaimon, asked me to return in 2017 when he won again, but I don’t think I could have. I weighed too much and had developed too many knee problems. I stayed retired.

Driven by weight loss in 2020, I started thinking about returning someday. The 2020 event was canceled and the 2021 event opened but was greatly reduced in size. The emails stated that the tiered registration would be

The organizers did not think it would get to open registration this year. I don’t know if it did.

At the same time, I had some scary cardiac issues. I passed my tests and then got my cardiologist’s approval to race up a mountain.

The email came with a short registration window. I mentioned to my wife that I’d like a new MWARBH t-shirt. When she asked where you get one I told her you had to race up this mountain.

So in 2021, I returned. I came out of retirement. My trusted Trek Pilot was on the carbon fiber scrap heap. I rode my Trek Checkpoint AL5. That is an aluminum bike. It may as well have been steel. It seemed heavy. I recorded my worst time ever. And I did not get a new T-shirt.

And I couldn’t retire on that note. I pulled my Pilot back from the scrap heap. We got the bike ready to roll. And so yesterday, I did a thing.

It was my ninth climb of the Rockpile. Despite a possible Mt. Washington Hall of Fame for riders who completed 10, this may have satisfied me enough. I can just say, I did a thing.

I have no plans for future hillclimbs.

But next year they are planning a special event for the 50th anniversary. 🙂